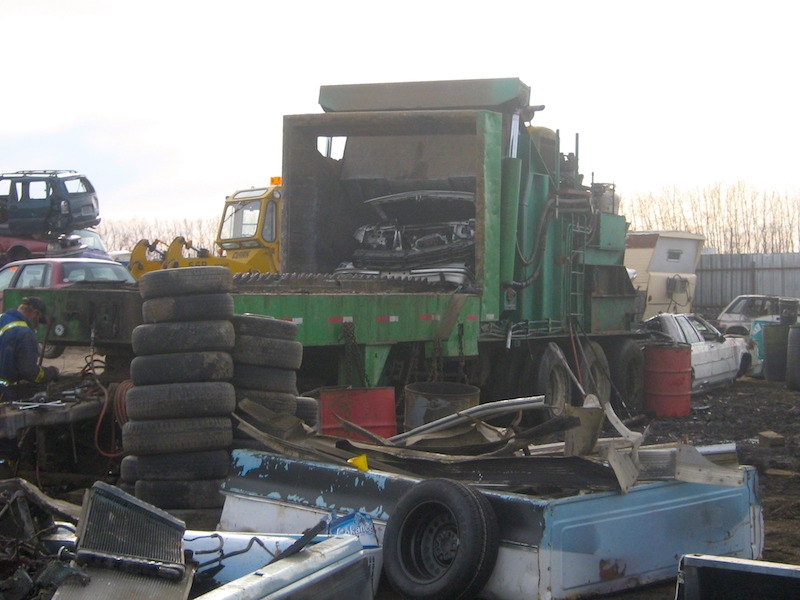 Everything you need for DIY batteries is, apparently, right here. Photo by dave_7, Wikimedia Commons.

November 3, 2016 – With residential solar energy ramping up, consumers are looking for ways to store extra energy without breaking the bank. To help solve this problem, a team of scientists has come up with a novel possibility: scrap-metal DIY batteries.

An obvious choice for back-up energy storage is the lithium-ion battery, but this option requires a complex, global supply chain and high-end manufacturing facilities.

However, battery production hasn’t always been so high-tech: according to scientist Cary L. Pint and his colleagues, the world’s first batteries may have originated some 2000 years ago with a terra cotta pot, a copper sheet and an iron rod.

Pint and his team scientists decided to pursue a similarly basic device as the “Baghdad battery” using scrap steel and brass, which make up the most and the third-most abundant kinds of scrap metal waste in the States, respectively.

They developed a simple process that could be carried out at home to prepare steel and brass scraps of varying sizes and shapes, including shavings and screws, to turn them into electrodes for batteries. When the electrodes were combined with aqueous potassium hydroxide as the electrolyte, they yielded a battery with a voltage of up to 1.8V and an energy density up to 20 watt-hours per kilogram, which approaches that of traditional lead-acid and nickel-iron batteries.

Testing showed the steel-brass batteries could charge and discharge more than 5000 times. Because such devices are made of common scrap, they would be inexpensive and could help shift some of the energy storage burden from a centralized model to a localized one, say the researchers.