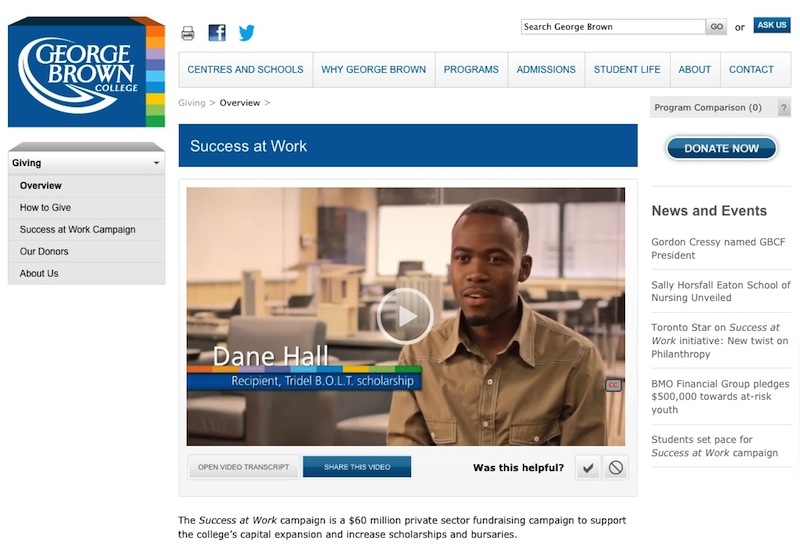 May 9, 2013 – The George Brown College Foundation announced that Tridel Corp. has pledged a gift of $3 million to the college’s Success at Work fundraising campaign. The donation will be directed toward renovating and repurposing learning spaces in the college’s Centre for Construction and Engineering Technologies at the Casa Loma campus.

In recognition of this donation, the college’s construction management school will be named the Angelo Del Zotto School of Construction Management (Del Zotto serves as CEO and chair of the Tridel Group of Companies and Tridel Corp.).