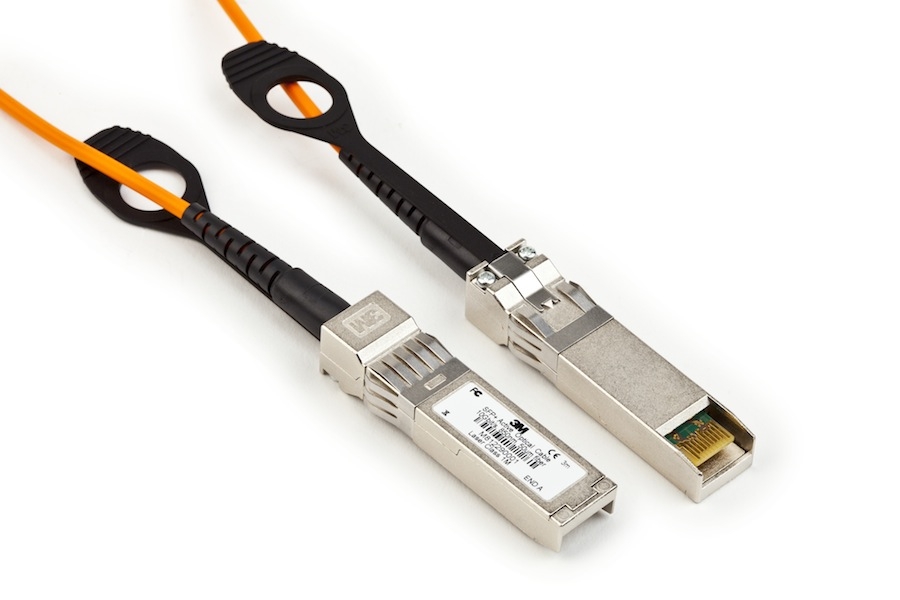 February 26, 2013 – Designers of high-performance computing systems, data centres and other ultra-high-throughput networks have a new interconnect option for SFP+ applications. 3M offers the “low-power, high-speed” Active Optical Cable (AOC) Assembly for SFP+ applications (See PHOTOS below). It is the first known cable assembly of its kind that is designed for reaches up to 100 metres, says 3M. The direct-attach, bi-directional AOC assembly supports speeds of more than 10 Gbps per channel over OM2+ bend-insensitive fiber. It can be used to connect high-performance switches, servers and storage. The light-engine technology in the 3M AOC assembly allows the cable assembly to operate typically at 240mW per end, and incorporates 850nm VCSEL technology. The 3M AOC architecture eliminates components, lowering the risk of optical contamination and reducing the power required to implement an active SFP+ solution.