“[We] look forward to serving the Shell Scotford refinery and to becoming Alberta’s newest corporate citizen.” 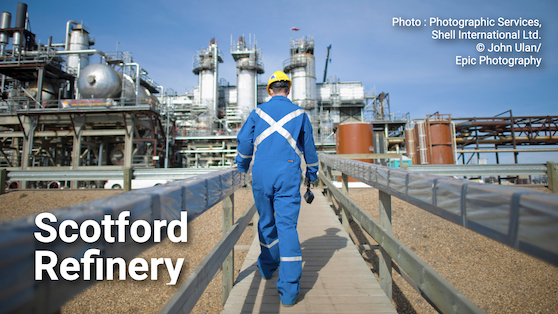 “We are transforming Scotford into a world-class site that will provide our customers with lower-carbon fuels and the products they desire,” said Mark Pattenden, Shell Canada. “Partnerships like this will enable Scotford to contribute to Shell’s overall plan to become a net zero-emissions energy business by 2050, in step with society.”

Silicon Ranch—an independent power producer and the North American solar platform for Shell—will build, own, and operate the solar farm. All power-generation capacity will be dedicated to the Scotford refinery for the next 25 years.

“Today’s announcement represents a meaningful milestone for Silicon Ranch as we expand our operations into Canada,” said Reagan Farr, Silicon Ranch co-founder and CEO, noting this is the company’s first project in Canada. “[We] look forward to serving the Shell Scotford refinery and to becoming Alberta’s newest corporate citizen.”

Construction will begin in 2022, and the solar farm is expected to begin providing electricity to the refinery by Q4 2023. Once built, the project will provide 20% of the refinery’s energy needs.

Located about 40 km northeast of Edmonton, Shell Canada’s Scotford Refinery began operations in 1984. Its products include gasoline, jet fuel, diesel, propane and butane for customers across Western Canada. It also supplies benzene to the Shell Chemicals Canada plant adjacent to the refinery.

According to Shell, Scotford is home to Canada’s most energy-efficient refinery, using 25% less energy than the average Canadian refinery.

Shell’s transformation of Scotford into an energy and chemicals park complements the site’s leading positions in energy efficiency and carbon capture & storage (CCS), says Silicon Ranch. Renewable power and CCS will enable Scotford to process new feedstocks such as bio-oils or waste oils to significantly reduce CO2 emitted in the production of fuels.