Features Energy & Power Energy Storage
A nuclear waste-powered battery for your pacemaker… made of diamond? 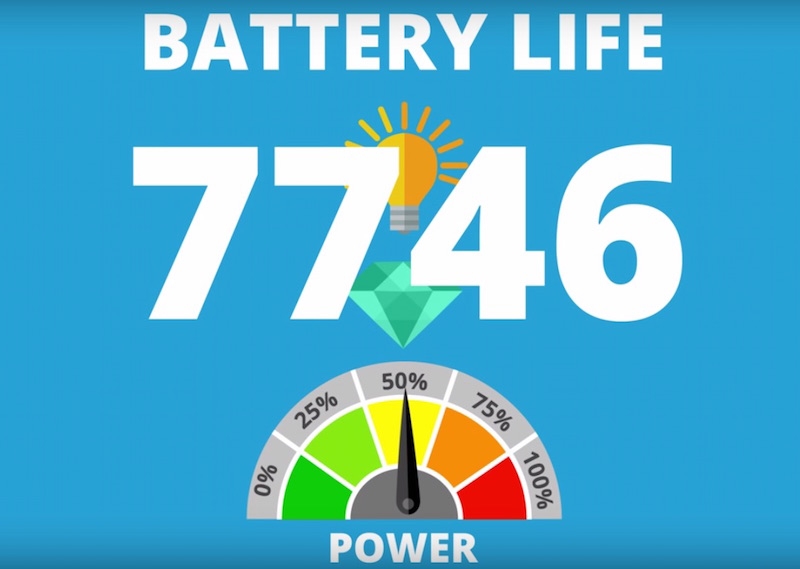 December 1, 2016 – Can you imagine a battery that won’t reach 50% of its charge until the year 7746 AD? That’s the promise behind new technology that uses nuclear waste to generate electricity in a battery that’s shaped into—believe it or not—a diamond!

A team of physicists and chemists from the University of Bristol have grown a man-made diamond that, when placed in a radioactive field, is able to generate a small electrical current.

“There are no moving parts involved, no emissions generated and no maintenance required… just direct electricity generation,” said professor Tom Scott. “By encapsulating radioactive material inside diamonds, we turn a long-term problem of nuclear waste into a nuclear-powered battery and a long-term supply of clean energy.”

The team has demonstrated a prototype diamond battery using nickel-63 as the radiation source, but they are now working to significantly improve efficiency by utilizing carbon-14 (a radioactive version of carbon) that is generated in the graphite blocks used to moderate the reaction in nuclear power plants.

Research by academics at Bristol has shown that the radioactive carbon-14 is concentrated at the surface of these blocks, making it possible to process it to remove the majority of the radioactive material. The extracted carbon-14 is then incorporated into a diamond to produce a nuclear-powered battery.

“Carbon-14 was chosen as a source material because it emits a short-range radiation, which is quickly absorbed by any solid material,” noted Dr. Neil Fox from the School of Chemistry. “This would make it dangerous to ingest or touch with your naked skin, but safely held within diamond… no short-range radiation can escape. In fact, diamond is the hardest substance known to man; there is literally nothing we could use that could offer more protection.”

Despite their low power relative to current battery technologies, the sheer life span of diamond batteries could revolutionize the powering of devices over very long periods.

The actual amount of carbon-14 in each battery has yet to be decided, but one battery containing 1g of carbon-14 would deliver 15 Joules per day—less than an AA battery. Standard alkaline AA batteries are designed for short timeframe discharge: one battery weighing about 20g has an energy storage rating of 700J/g. When operated continuously, the AA would run out in 24 hours. Using carbon-14, the battery would take 5730 years to reach 50% power.

“We envision these batteries to be used in situations where it is not feasible to charge or replace conventional batteries,” Scott added. “Obvious applications would be in low-power electrical devices where long life of the energy source is needed, such as pacemakers, satellites, high-altitude drones or even spacecraft.”

To offer your own suggestions on how and where to use this technology, take to Twitter using the hashtag #diamondbattery .