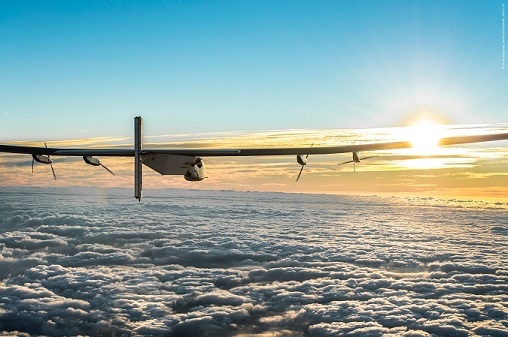 January 22, 2015 – ABB says it is “proud to accompany” Solar Impulse and its crew on the plane’s flight around the world powered only by energy from the sun.

“Solar Impulse will inspire a new generation to embrace innovation and technology to solve the planet’s biggest challenges,” said ABB CEO Ulrich Spiesshofer. “ABB will be with the Solar Impulse team every mile of its journey.”

Based in Switzerland, Solar Impulse announced it will begin its flight between late February and early March in Abu Dhabi. In 2014, ABB and Solar Impulse formed an innovation and technology alliance to advance a shared vision of reducing resource consumption and increasing the use of renewable energy.

Among the challenges before the mission concludes in Abu Dhabi in mid-2015 will be a non-stop flight of five days and nights from China to Hawaii. The plane, powered by 17,248 solar cells, will soar higher than Mount Everest each day, while fully charging its batteries to stay aloft during the night.

Three ABB engineers have joined the Solar Impulse team; their work includes improving control systems for ground operations, enhancing the charging electronics for the plane’s battery systems, and resolving obstacles that emerge along the way.