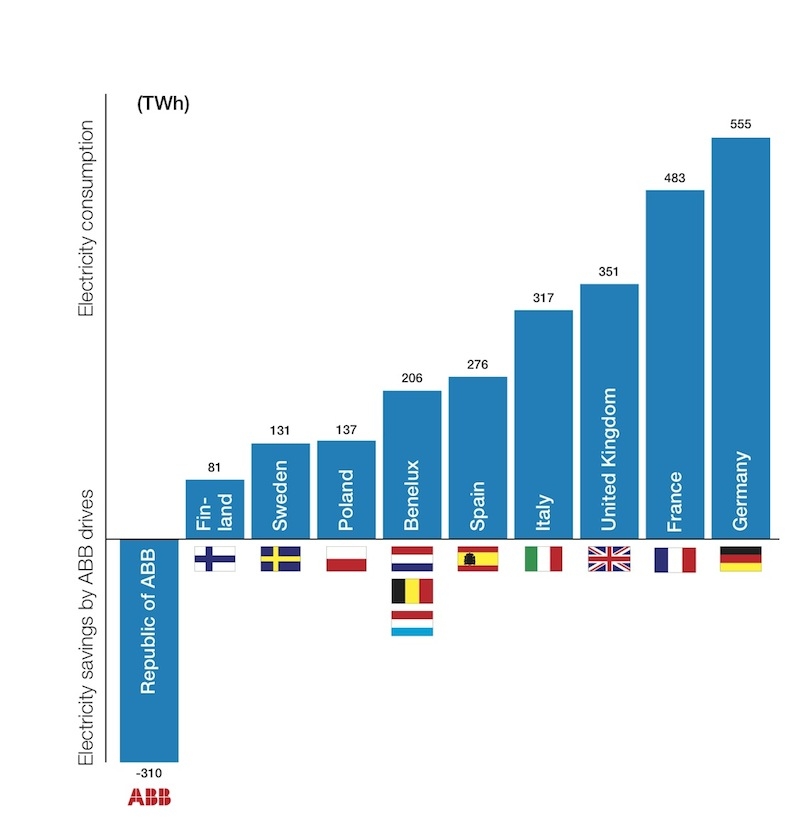 June 11, 2012 – ABB has released its annual estimate of the savings achieved by its installed base of drives and, according to the company, about 310 million MWh of electric power was saved in 2011—an increase of 19% compared with the previous year.

“The future potential for energy and cost savings is enormous, since only about 10% of industrial motors are combined currently with electric drives,” said Ulrich Spiesshofer, member of the group executive committee and head of ABB’s Discrete Automation and Motion division. “Using energy more efficiently will remain, for a significant time, the biggest opportunity available to cut energy consumption as well as costs and emissions.”

ABB’s annual savings estimate is based on a comparison of the average electricity consumption in applications with and without drives. Many electric motors that are not equipped with drive technology run at maximum speed and are simply throttled when less performance is needed.

Energy accounts for 92% to 95% of the life cycle cost of a motor, depending on its size, so an investment in electric drives typically pays back in less than two years, says ABB.