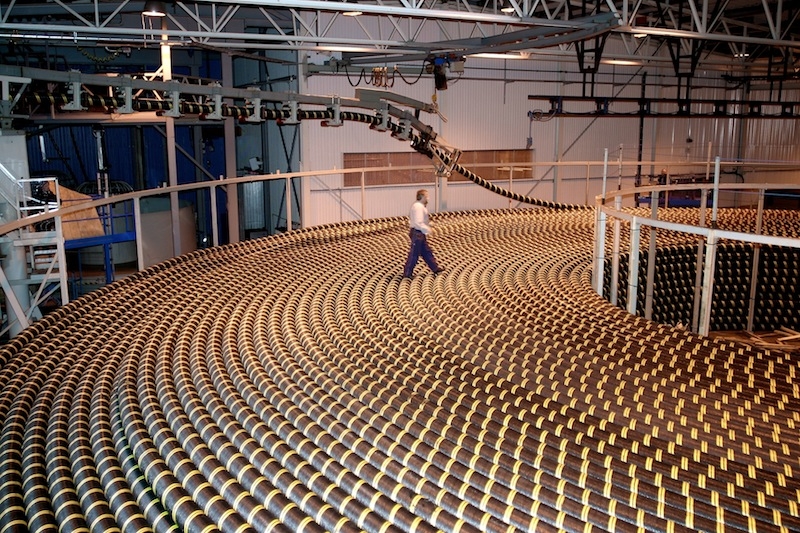 December 8, 2011 – ABB, a global player in power and automation technology, announced today it is investing over $400 million to double the capacity of its high-voltage cables manufacturing facility in Karlskrona, Sweden.

The investment plan includes constructing new buildings and installing additional manufacturing lines at the existing plant. The expansion will be carried out in a phased manner, and is expected to be completed by 2015.

“This investment will help us to boost production capacity and meet the growing demand for high-voltage subsea power cables,” said Peter Leupp, head of ABB’s Power Systems division. “Subsea cables play an integral part in the efficient and reliable transmission of electricity for a range of applications, such as interconnectors between countries, offshore wind connections and power supply to oil and gas platforms.”

This move follows an investment of about $90 million (announced last year) to build a new cable factory in the States for land cables used in alternating current (AC) and direct current (DC) applications. A major upgrade of Karlskrona facility has already been completed earlier this year, says ABB.

Photo: HVDC cable is wound onto turntables and stored until it is loaded onto a cable-laying ship. One turntable can hold 7000 tonnes of cable. Photo © ABB.