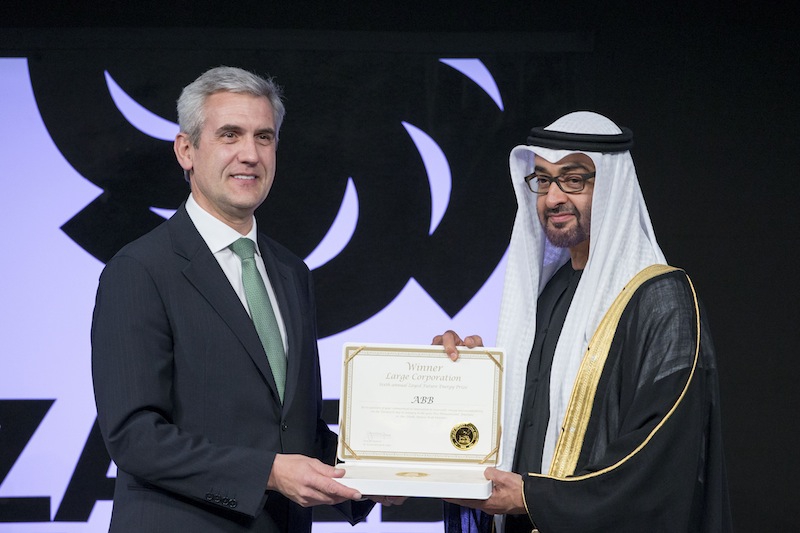 January 21, 2014 – ABB has been awarded the Zayed Future Energy Prize 2014 in “recognition of its efforts to drive innovation, renewable energy and energy efficiency”.

“We will ensure that ABB serves as a role model to promote the prize as an incentive to spur further innovation in sustainable energy technologies around the world,” said ABB CEO Ulrich Spiesshofer (photo, left). “Winning this prize will strengthen our belief and make us even more determined to pursue our vision, mission and strategy towards sustainable energy and towards a sustainable future.”

The Zayed Future Energy Prize was launched in 2008 to recognize and reward the best solutions in renewable energy and sustainability. It was named in honour of the late Sheikh Zayed bin Sultan Al Nahyan, who was a founder of the UAE, ruler of Abu Dhabi, and the UAE’s first president from 1971 until his death in 2004.

The award in the Large Corporations category was presented to Spiesshofer by Sheikh Mohammed bin Zayed Al Nahyan, crown prince of Abu Dhabi (photo, right), at an awards ceremony in Abu Dhabi, the UAE capital city.