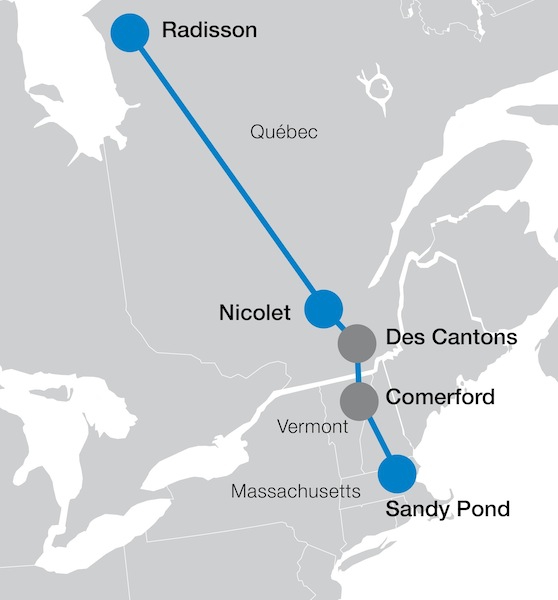 The multi-terminal HVDC link between Quebec and New England was the world’s first such link to be put into service between 1990 and 1992, says ABB. The company will now replace the 20-year-old control and protection systems with new modular advanced control systems (MACH) for HVDC equipment.

The link has a total transfer capacity of 2000MW and spans a distance of 1500 km from the La Grande II hydroelectric generating complex near James Bay in eastern Canada, via Nicolet (a substation located on the south shore of the St Lawrence), down to Sandy Pond near Boston, Mass.

The project scope also includes refurbishing two cable transition stations, and a control and protection system replica for a test centre in Canada. The stations are scheduled to go in operation in stages, and will be completed by 2016.