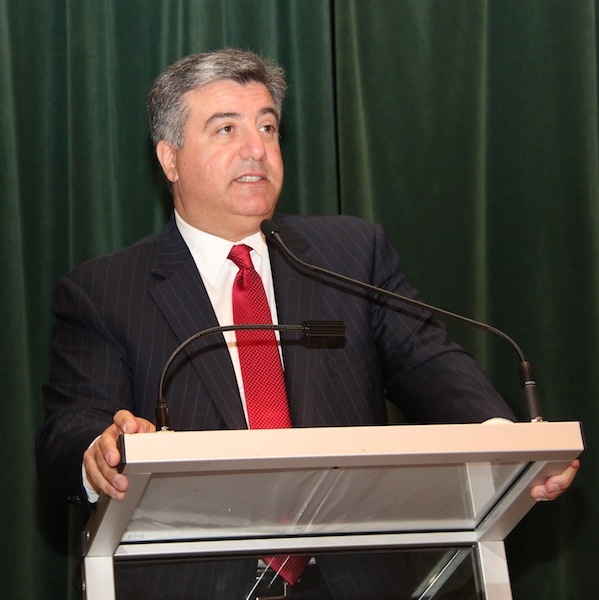 November 5, 2012 – About 400 electricity distribution workers from 25 Ontario utilities have travelled in convoys of vehicles numbering more than 175 to Long Island, N.Y., and other Northeastern American states to restore power to communities devastated by Hurricane Sandy.

Ontario crews had just finished restoring power to their own customers after the massive storm made its way through Ontario on October 29, when it became clear that utilities to the south were experiencing a much greater crisis. Millions of customers were without power and utilities south of the border faced an enormous task to repair a devastated electricity grid.

“We connected with our sister association—the American Public Power Association—and the Edison Electric Institute in the United States to coordinate assistance. They confirmed that there was an urgent need for help,” said Charlie Macaluso, president and CEO of the Electricity Distributors Association (EDA), adding that some Ontario utilities had already been contacted by their counterparts in the States. “We put out the call to see if anyone could spare emergency crews and our members responded quickly with offers to assist.”

Utilities from across Ontario have sent crews to the devastated area, including personnel from as far away as Northeastern Ontario. Some Ontario utilities not directly involved in the effort have offered back-up here at home to those utilities that are sending crews.

“In the wake of the storm in the Northeastern United States, we’re reminded of electricity’s central role in our lives. I’m extremely proud of the men and women who work in Ontario’s electricity industry for answering the call to help our neighbours,” said Max Cananzi, chair of the EDA (in photo). “Our crews are well-acquainted with the debilitating effect Mother Nature can have on our electricity system, and their expertise and commitment will help speed the restoration efforts and ensure the safety and well-being of the people in the affected areas.”

American officials report that, at its peak, Hurricane Sandy knocked out power to 9.6 million customers in the Northeastern States. As of 5 pm yesterday, there were still more than 1.8 million customers without power. More than 80 utilities are currently assisting with the restoration effort. Ontario crews expect to be in the area for about two weeks.