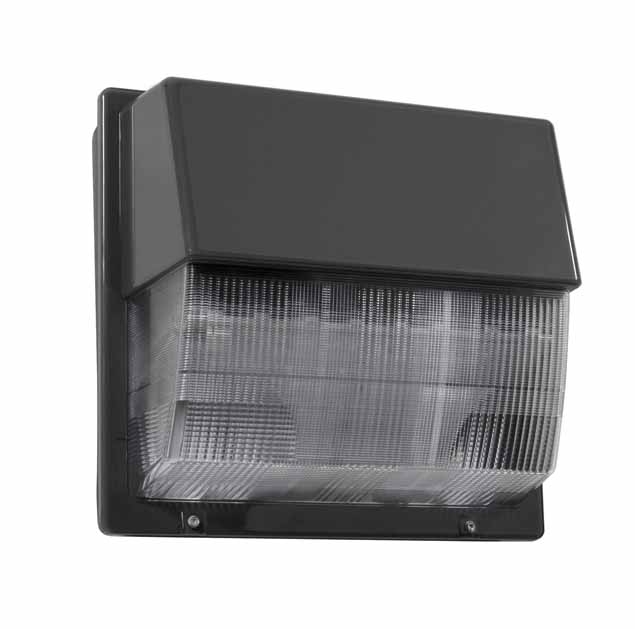 February 5, 2013 – Acuity Brands is offering its Lithonia Lighting TWH and TWP outdoor wall-mounted luminaires with LED technology. TWH and TWP LED luminaires are identical in size and look to their traditional counterparts, but are virtually maintenance free and eliminate up to 12 metal halide lamp replacements. With an expected service life of more than 20 years, the luminaires are designed to replace an MH luminaire (up to 400W), and promise up to 77% in energy savings. With a larger footprint than other wall packs, Acuity says the TWH and TWP LED luminaires are able to conceal weathered wall stains and blemishes left by existing luminaires. They are available in 10, 20 and 30 LED configurations. Available in a choice of two lenses, the TWH LED luminaire features a die-cast front housing and glass lens, while the TWP LED luminaire features a vandal-resistant polycarbonate lens.