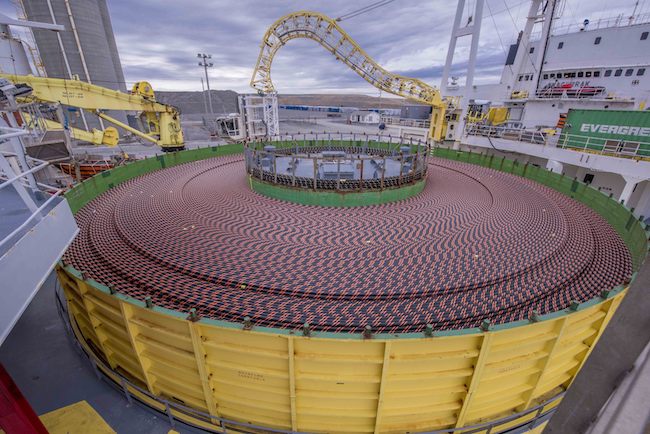 Cable used in the Maritime Link project on Canada’s East Coast. It’s among the high-profile jobs Voltage Power has participated in over the past three years. Photo: Emera

Aecon Group Inc. is adding to its in-house electrical contracting expertise with a new acquisition.

The company said Feb. 3 it has purchased Winnipeg-based Voltage Power for $30 million, plus possible earnout payments based on future financial targets.

The deal will allow Aecon to scale up its own in-house construction offering.

“The added ability to self-perform medium to high-voltage transmission and distribution work complements our existing core utility capabilities and further positions Aecon as a leading player in executing the strong pipeline of utility infrastructure opportunities across Canada,” Jean-Louis Servranckx, Aecon’s president and CEO, said in a release.

Servranckx noted the deal is the third tuck-in acquisition the Canadian contractor has made in the past 18 months.

This news brief was originally published by On-Site Magazine.