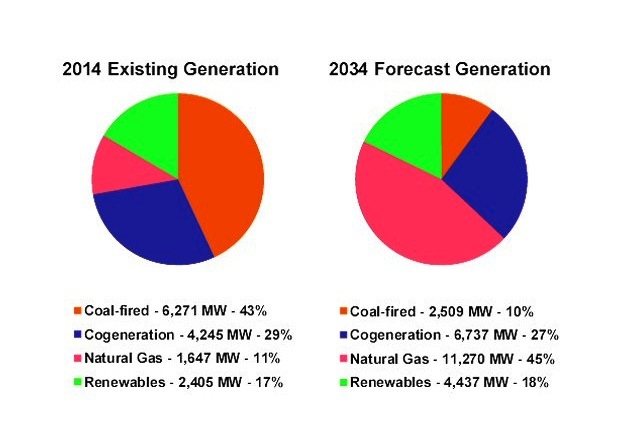 June 10, 2014 – Strong economic growth, increased demand in electricity and a shift in the makeup of Alberta’s generation fleet are the key highlights of Alberta Electric System Operator’s (AESO’s) 2014 Long-Term Outlook (2014 LTO), which aims to serve as a comprehensive forecast on the province’s electricity needs over the next 20 years.

“Continued growth in the energy sector is driving the Alberta economy, and with that growth comes an increase in the amount of electricity required across the province,” noted John Esaiw, director, analytics and forecasting with AESO, adding, “Alberta continues to grow faster than any other province in Canada; the outlook reflects that our electricity needs will continue to increase as well.”

The 2014 LTO also highlights the shift in the generation supply in the province. The forecast responds to and incorporates 2012 federal laws to reduce coal emissions in Canada. By the end of the forecast period, only 10% of generation in the province will come from coal.

“We forecast that natural gas, cogeneration and renewable energy will be the primary sources of the generation fleet going forward,” added Esaiw. “We expect to see natural gas generation achieve the highest growth of any type due to the cost and efficiency.”

Currently, the generation fleet consists of a total capacity of 14,568MW. By 2034, the fleet is expected to grow to about 25,000MW installed capacity.

AESO leads economic planning and operation of Alberta’s interconnected power system. It also facilitates Alberta’s competitive wholesale electricity market that, according to AESO, saw 176 participants and about $8 billion in annual energy transactions in 2013.