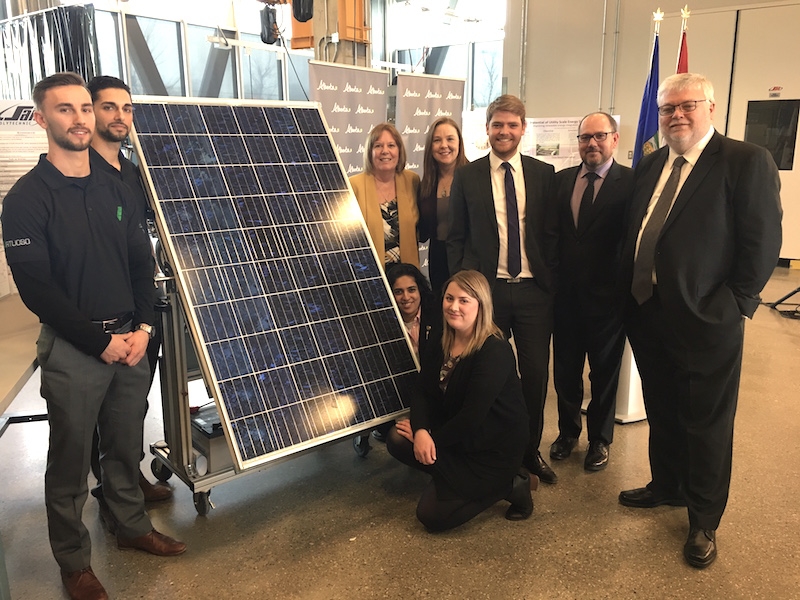 March 24, 2017 – The Government of Alberta says its Renewable Electricity Program is expected to attract at least $10.5 billion of investment to the provincial economy by 2030, and create more than 7200 jobs, with energy minister Margaret McCuaig-Boyd adding, “This will be a competitive process, bringing the most renewable generation online at the lowest cost”.

The Alberta Electric System Operator (AESO) is set to open a series of competitions; the first will see companies bidding to provide up to 400MW of renewable electricity. Successful projects will be announced around the end of the year. The expression of interest stage officially opens March 31.

The program will not be funded by consumer electricity charges, says the province. Successful projects will be private investments supported by carbon revenues from large industrial emitters.

The projects are expected to be operational by the end of 2019. In total, the Renewable Electricity Program will support the development of 5000MW of renewable electricity capacity by 2030.

“The renewables sector is one of the key areas of growth for Calgary as we become a green energy hub,” said Mary Moran, president & CEO, Calgary Economic Development. “It is an important element of our overall position as a centre of excellence in all things energy.”