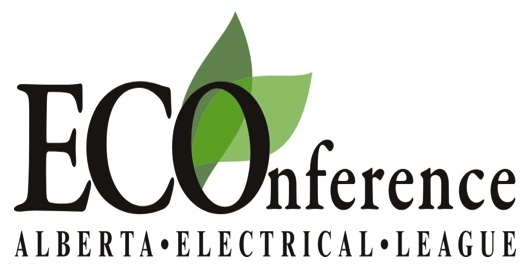 October 7, 2011 – On November 23 in Calgary, the Alberta Electrical League is presenting its “ECOnference”, which aims to educate the electrical industry on a variety of topics such as: green building technologies; energy-efficient and innovative products and technologies; wind and solar; new code for renewable energy; and future plans to reduce our carbon footprint.

Recently, AEL published the list of speakers and their topics, and it looks impressive!

• “Installation, and Commissioning of Lighting Controls” by Maarten Mulder of Acuity Brands

• ”Alberta High Speed Rail” by Frank Der & Alan Blatchford of Platinum Engineering, and John Chaput of AHSR. (This sounds particularly cool, as AHSR will present an outline of the electrified, 300 km/h passenger railway service between Calgary, Red Deer and Edmonton proposed by Alberta High Speed Rail [2005 Inc.] When the railway is built, it will likely be the first high-speed passenger transport of its kind in Canada. — Ed.)

• “Introduction to Clean Energy” by Christian Siebens of Affiliated Distributors