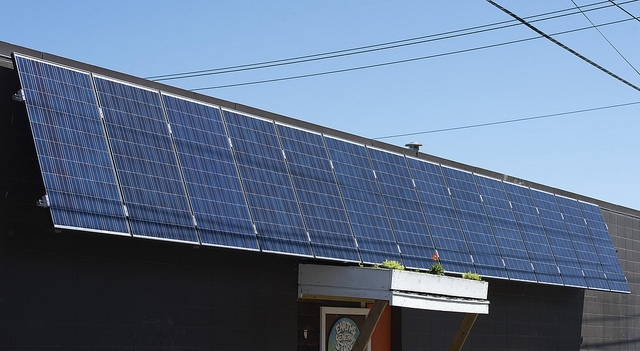 January 2, 2017 – Micro-generation is set to take off in Alberta after the government announced more flexible rules recently.

Changes to the regulation that governs micro-generation include increasing the size limit to 5MW from 1MW and allowing a micro-generating system to serve adjacent sites, “helpful for operations with more than one building, such as farms”, the province announced.

“These changes will provide even more opportunity for Albertans to reduce their reliance on the grid and benefit from the choice to generate clean electricity”, said Margaret McCuaig-Boyd, Alberta’s minister of energy. “They provide more options and enable larger projects, and will contribute to our province’s target of 30% renewable electricity by 2030.”

There is “a huge appetite from Alberta farms to homeowners to universities to take advantage of solar’s falling costs”, said Rob Harlan, executive director of Solar Energy Society of Alberta. “The changes announced today are a useful step towards unlocking more of our province’s vast solar potential.”

Micro-generation is the production of electricity on a small scale, using renewable and alternative energy sources by individual home owners and small businesses, as well as municipal and community buildings, such as a fire hall, to meet their electricity needs.

Since 2009, micro-generation in Alberta has increased on average by approximately 70% each year, Alberta says, and currently, there are more than 1700 micro-generation sites in the province, generating over 16MW of electricity.