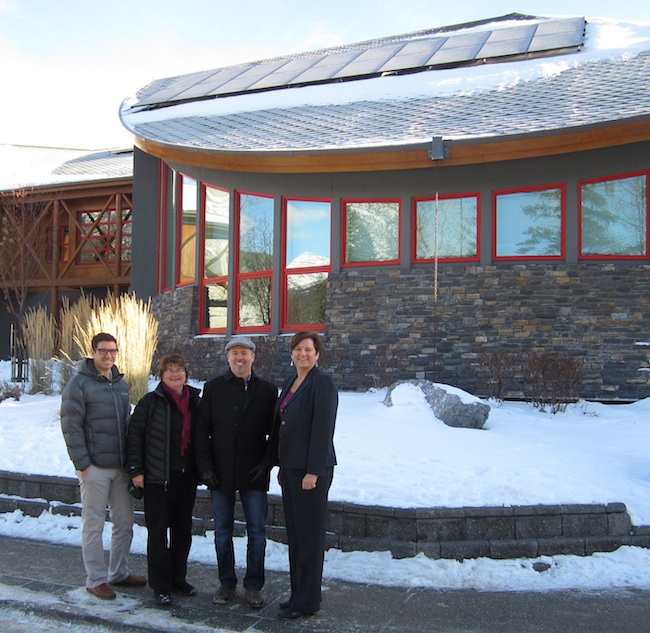 The project is designed to reduce greenhouse gas emissions generated by municipal operations, and to inspire local businesses and residents to convert their own electricity source to solar. With a 72 Conergy panel system the Town Hall solar project is the most extensive photovoltaic panel installation in the Bow Valley to date, said the association.

Developed by Calgary’s SkyFire Energy, the system is expected to generate about 17,109kW per year, which would fully power at least three Banff households a year. A monitor in the lobby of Town Hall will display real-time readings of electricity generated, equivalent uses, and emissions saved. The town will also receive a monthly utility bill with the amount of power generated subtracted from the amount of power used.

“Solar energy is the dominant renewable energy globally,” said Gorman. “With the unveiling of this clean energy project, the town of Banff is demonstrating once again that it is a Canadian leader in sustainable practices. I’m thrilled to be here with Mayor Sorensen to mark this initiative.”

The total project cost, including all equipment, installation and permits, is $53,000, funded through the Fortis municipal rate rider on electricity.