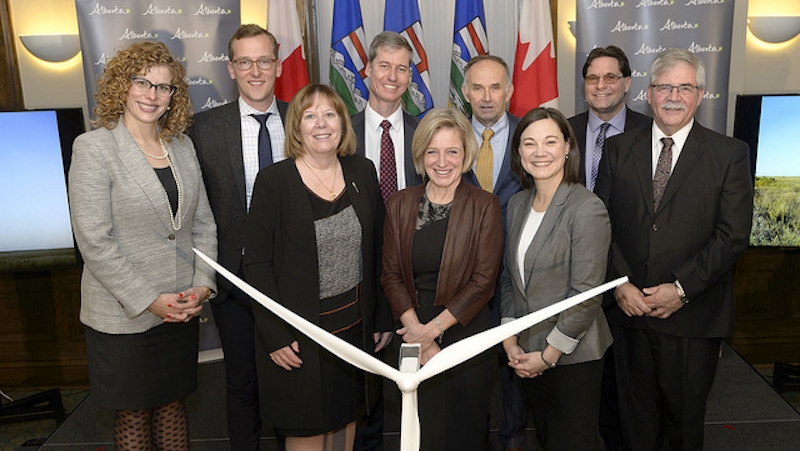 December 15, 2017 — Capital Power, EDP Renewables Canada Ltd. and Enel Green Power North America Inc. have been chosen in the opening round of the Renewable Electricity Program. The program will result in about $1 billion of private-sector investment in green power generation in Alberta, says the Government of Alberta.

The successful bidders will add approximately 600 MW of renewable power, or enough to power up to 255,000 homes, through wind projects throughout the province.

This amount represents 200 MW more than originally planned. The response from investors means that even with the added power, the auction still comes in under the original budget, says the Government of Alberta.

The weighted average price of the successful bids is 3.7 cents per kWh.

The Alberta prices are the lowest ever recorded in Canada, says the Government of Alberta, and are among the lowest prices in North America.

“These prices are beyond expectations, highlighting the strong potential of renewable power in Alberta, the quality of the competitive process and the positive view that investors have of our province,” said Margaret McCuaig-Boyd, Alberta Minister of Energy. “This is a win for power generators, a win for the environment and a win for Albertans.”

The first round attracted investment from both international and Alberta-based companies and is expected to create approximately 740 jobs. By 2030, the program is expected to attract at least $10 billion in investment into the Alberta economy and create more than 7,000 jobs for Albertans, says the Alberta government.

“CanWEA was pleased to see such a large response to this initial phase of the Renewable Electricity Program. The results demonstrate that wind energy is cost competitive with all other generation sources and provides excellent value for Albertans as the province moves to reduce greenhouse gas emissions throughout the economy,” said Robert Hornung, president, Canadian Wind Energy Association.

Support for the Renewable Electricity Program is made possible by the Climate Leadership Plan.