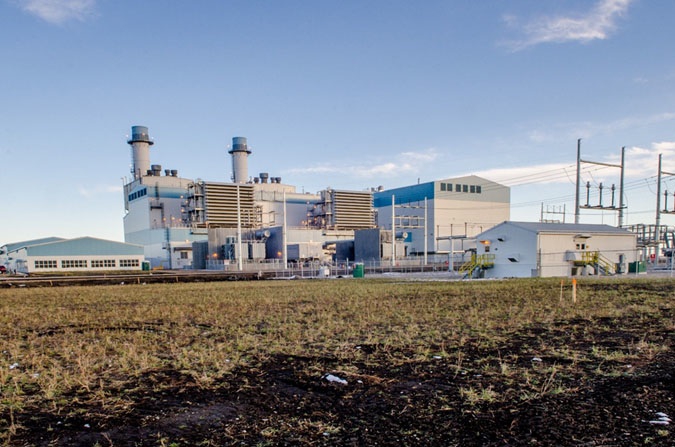 March 12, 2015 – The Shepard Energy Centre located in east Calgary is now fully operational and capable of generating over 800 MW of electricity to the Alberta grid, announced Enmax Corporation and Capital Power Corporation on March 11, 2015.

Fuelled by natural gas, the facility is the largest of its kind in the province, according to Enmax.

“We delivered Shepard as planned without a lost-time injury in the more than 4.3 million hours of work required to complete the project,” said Gianna Manes, Enmax president and CEO. “With this crucial infrastructure added to Alberta’s electricity system, we will bring reliable electricity to Albertans for decades to come.”

The project was first announced in 2007 and became a joint venture when Capital Power agreed to become a 50% owner in late 2012.

Shepard features combined-cycle technology that has two combustion turbines to generate electricity plus makes use of waste heat through a steam turbine for further electricity production. This configuration makes the facility approximately 30% more efficient than conventional coal plants, all while reducing overall fuel costs, said Enmax.

Additionally, the company claims it emits less than half the CO2 emissions per megawatt hour of a conventional coal plant, as well as fewer carbon monoxide, sulphur dioxide, and nitrogen dioxide gases. The facility’s cooling towers also use 14 million litres of reclaimed water daily from Calgary’s Bonnybrook Wastewater Treatment Plant.