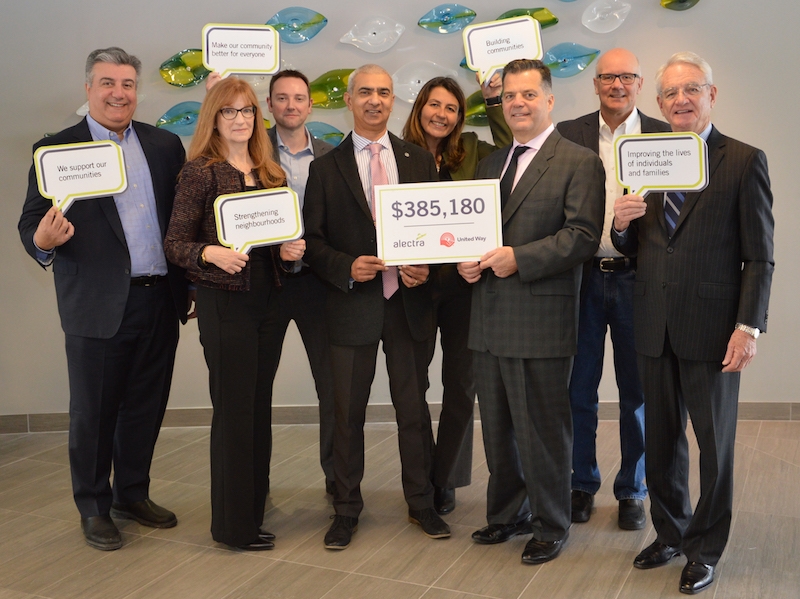 March 8, 2018 — Alectra Utilities recently presented United Way with a cheque for $385,180.50 in support of the communities the utility serves in Hamilton, Simcoe County, St. Catharines, Peel and York regions.

The funds were raised through multiple initiatives Alectra employees held throughout 2017, including the company’s annual charity golf tournament and an employee-driven United Way campaign, which generated over $85,000.

“Giving back to the communities we serve is an integral part of Alectra’s values,” said Brian Bentz, president and CEO, Alectra Inc. “As we move forward in building our company, supporting charitable organizations like the United Way will continue to be important to our management and staff, board of directors and shareholders.”

The announcement was made at Alectra’s head office as part of an official cheque presentation involving several company officials.