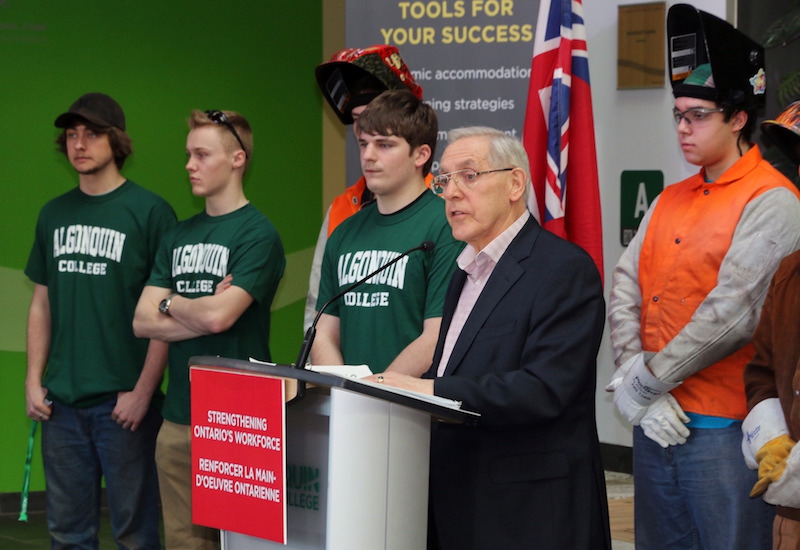 March 11, 2016 – Algonquin College will add two new electrical labs in 2017, with space for 120 apprentices, thanks to their share of $4.6 million in Apprenticeship Enhancement Funding (AEF) from the Ontario government.

“This investment will help support the almost 1-in-5 new jobs in the province that is expected to be created in the trades in the coming decade,” said Chiarelli.

The electrical labs will be added to Algonquin College’s Centre for Construction Excellence, with construction commencing this summer.