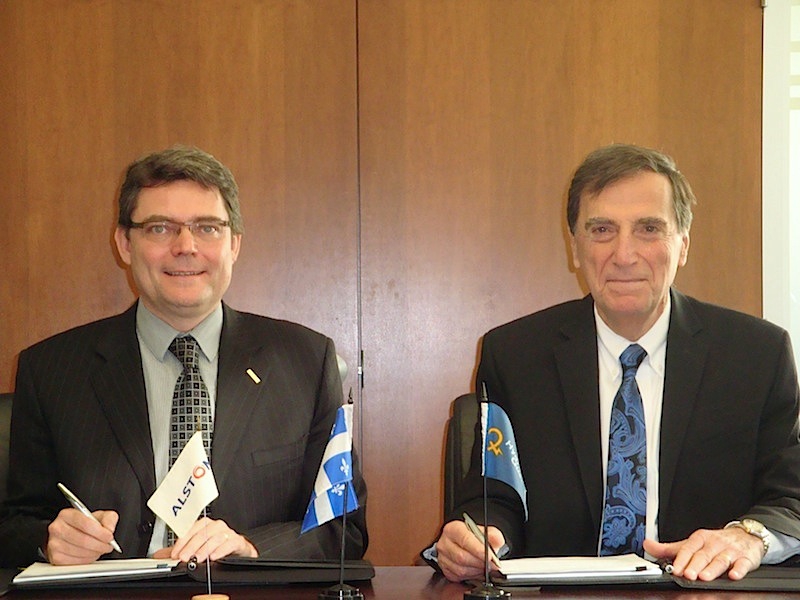 February 3, 2014 – Alstom Grid and Hydro-Quebec’s research institute, IREQ, signed a license agreement to commercialize the MiCOM P848 loss of synchronism relay (RPS), which is designed to detect electrical network instabilities, such as over-voltages and transmission line overloads, and provide protection.

Alstom and Hydro-Quebec formed a Smart Grid Technology Innovation Partnership back in 2012 with the aim of jointly advancing technologies that can be commercialized, with solutions tested and validated at IREQ.

“Having previously collaborated on similar technologies, such as the P846 open line detector, Alstom and Hydro-Quebec have built a core suite of products to protect power flow over long transmission corridors, and to improve the security of Hydro-Quebec TransÉnergie’s transmission grid,” noted Hervé Amossé, vice-president of Substation Automation Solutions, Alstom (photo, left).