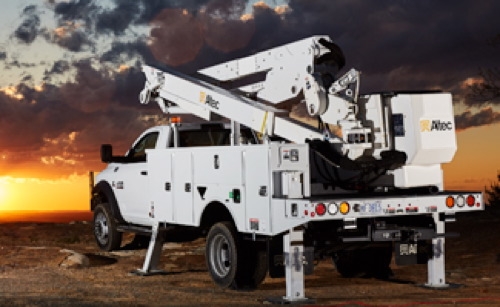 September 2, 2016 – Altec has released the AT MPS series, offering nine different aerial devices with articulating/telescopic models that provide a choice of personnel or material handling options. The aerial units can also be purchased with a steel platform for work requiring a non-insulating product.

The series features the introduction of Altec’s solar-powered LED lighting system for illumination of the platform controls during nighttime operation.

There is also an optional 24-in. platform elevator and the series boasts the ability to place either a single man (24 x 30 in.) or two-man (24 x 48 in.) end-mounted platform on any of the models.