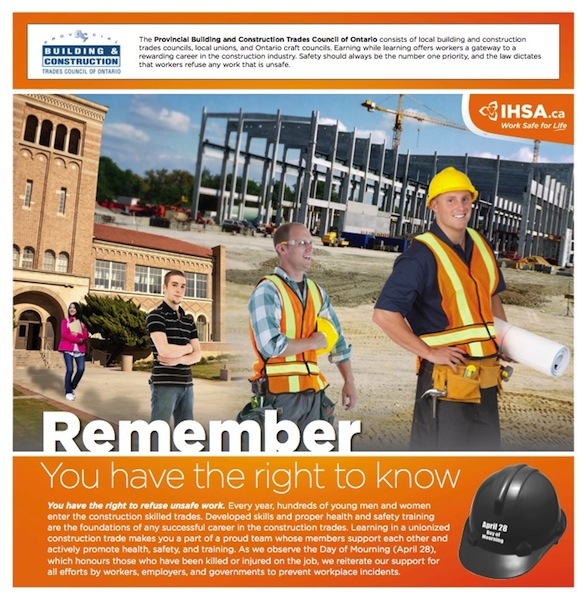 April 25, 2012 – Ontario’s Infrastructure Health & Safety Association (IHSA) recognizes the annual Day of Mourning, April 28, with a widespread provincial campaign. Between April 27 and April 28, IHSA will publish a special, four-page pull-out in newspapers across Ontario, including:

This pull-out reminds workers of their right to refuse unsafe work, highlights the reality of workplace injuries and occupational illnesses, and encourages everyone to eliminate the risks. For helping move this project from idea through to reality, IHSA thanks its sponsors, which includes the Power Workers’ Union.

In addition to its own website, IHSA will promote the Day of Mourning on the homepages of the Toronto Sun and Ottawa Sun from April 27 to April 29. IHSA encourages all workplaces to recognize the Day of Mourning by devoting a weekly safety talk to remembering workers who have died or have become ill or injured.