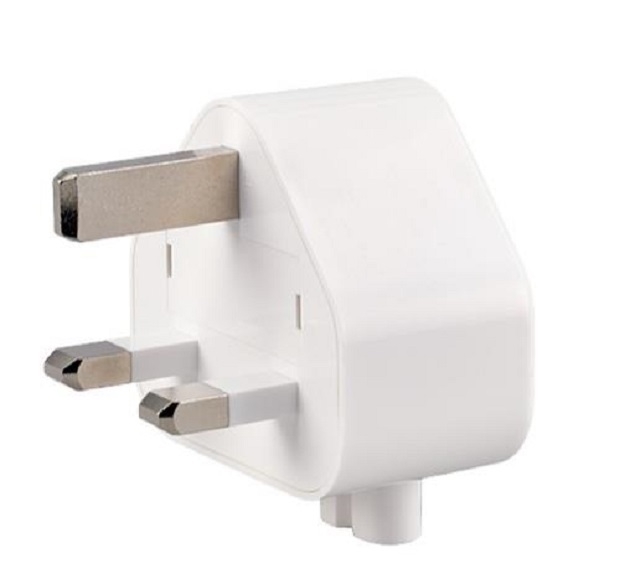 The kit includes several adapters for use with Apple’s Mac computers and some iOS devices, providing compatibility with AC wall outlets in other countries that are configured differently from outlets in Canada. Among these, a white type-g configuration, designed primarily for the U.K., Singapore and Hong Kong, could cause an electric shock if it broke. (Note: similar adapters that are white with grey on the inside portion are not affected by the recall.)

Approximately 81,280 affected products were sold in Canada and 813,941 in the U.S. from January 2003 to January 2015. Apple has received no reports of consumer incidents or injuries in either country, but owners should immediately stop using the recalled units and contact the company for free replacements. Canada’s Consumer Product Safety Act prohibits recalled products from being redistributed, sold or given away.