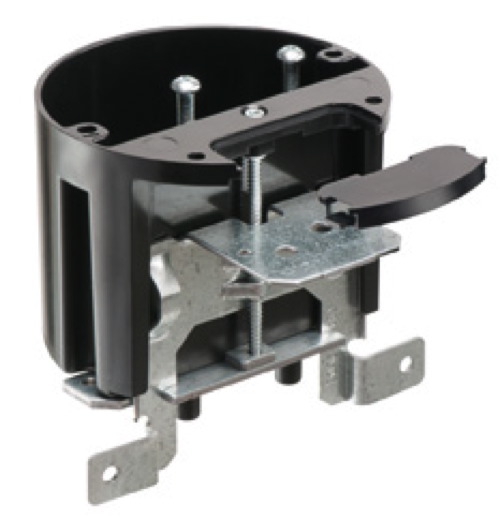 March 7, 2016 – Arlington says its non-metallic in/out box for fan and fixture installations comes pre-set for a 1/2-in. ceiling but adjusts for depths up to 1-1/2 in.

FBA426 mounts to a joist in new construction, the company says, and complies with NEC for set back boxes. It is also UL/CSA-listed and has a two-hour fire rating, according to Arlington.

Additionally, the company’s round, non-metallic in/out box also comes pre-set for a 1/2-in. ceiling and adjusts up to 1-1/2 in. to accommodate varying ceiling thicknesses, such as single or double drywall.

FBA426 is also UL/CSA-listed and has the same fire rating.