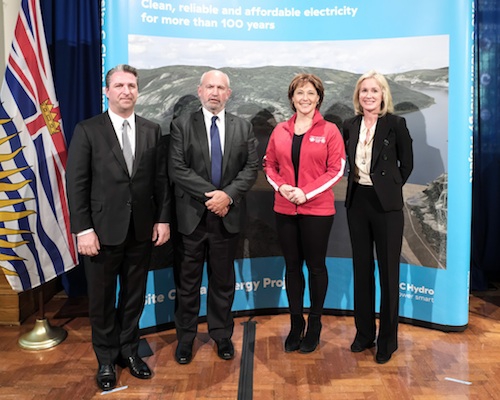 April 7, 2016 – The British Columbia government says the Site C Clean Energy Project reached another milestone this week with the award of the turbines and generators contract to Voith Hydro Inc.

The contract has a value of about $470 million, according to the province, and includes the design, supply and installation of six vertical axis, Francis-style turbines, six generators and associated equipment.

With nearly 150 workers slated to be on-site during the peak of installation in 2022, the government adds that the contract is expected to create approximately 400 person-years of employment resulting in job opportunities for electricians, pipefitters, boilermakers, and other trades.

Voith has already provided equipment for a number of BC Hydro projects, including: Revelstoke Unit 5 Project, Ruskin Dam and Powerhouse Upgrade and the Gordon M. Shrum Turbine Replacement Project.

Voith Hydro, through the Construction Labour Relations Association, says it has negotiated a labour agreement with the Bargaining Council of British Columbia Building Trades Unions, which represents construction craft unions in B.C. The labour agreement includes participation from 10 BC Building Trades Unions for the installation of the turbines and generators for Site C.

The governments notes the turbines and generators contract is included within the $8.335-billion cost estimate for Site C.