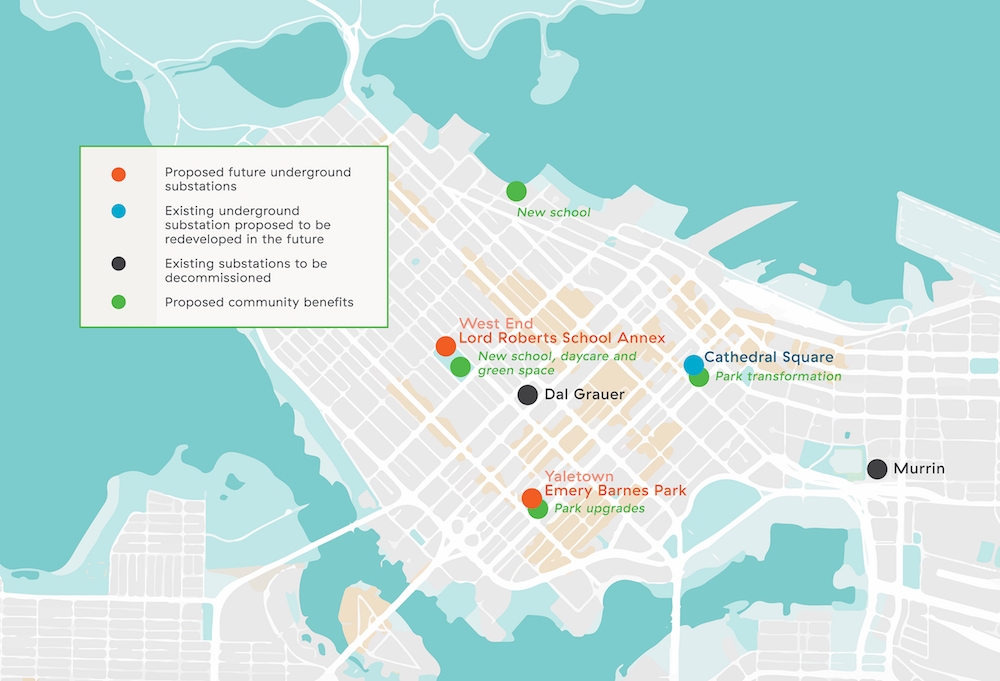 February 27, 2017 – Demand for electricity in downtown Vancouver is expected to grow by over 75% over the next 30 years, says BC Hydro, which currently operates three substations in the downtown core. Of those, Murrin and Dal Grauer substations are nearing end-of-life and need to be replaced.

The utility is proposing a concept call “Seed” to upgrade downtown Vancouver’s electricity infrastructure: rather than buy land and build substations on top, the Seed concept involves building two new substations underground (West End and Yaletown), leaving the spaces above them open to new community amenities.

Along with new and upgraded electrical infrastructure, BC Hydro says Seed could fund the development of a number of community benefits, including:

At this stage, Seed has been shared with the City of Vancouver, Vancouver School Board and Vancouver Park Board for consideration. BC Hydro says it will also seek feedback from the public through an online feedback form (ending tomorrow), open houses and roundtable discussions.
Advertisement

A decision on whether to proceed with Seed is expected by the end of March 2017.

— Illustration and map courtesy BC Hydro.