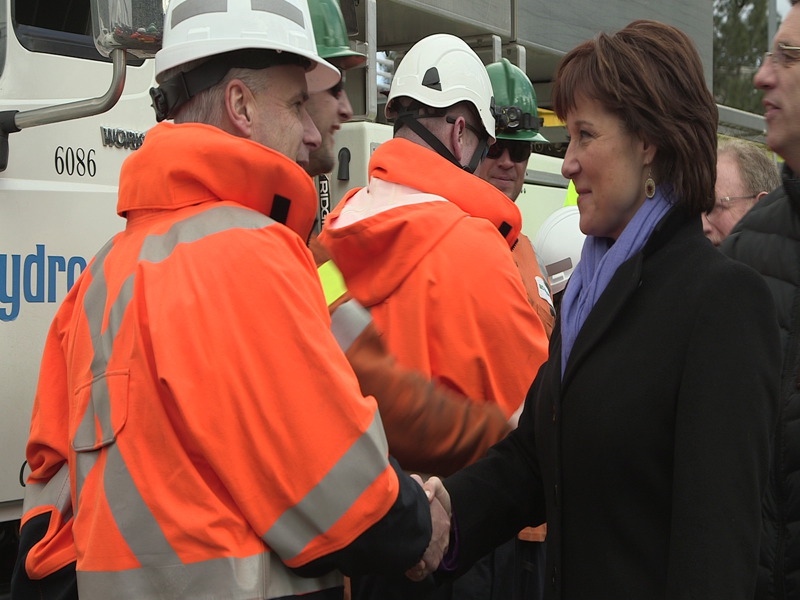 February 6, 2015 – A new transmission line will be going up in British Columbia’s Okanagan region to “strengthen the transmission network to deliver power reliably to the communities of West Kelowna, Westside and Peachland,” announced Premier Christy Clark recently.

“As more people and businesses move to the West Kelowna area, infrastructure has to keep pace,” said Clark. “Over the next 10 years, electricity demand is expected to grow by 18%. This addition will ensure a reliable power supply as the economy and communities grow.”

BC Hydro has identified three route options for the new line, which will also require an upgrade to the Westbank substation.

The three options include:
• A new line running down from the north, west of Okanagan Lake.
• A new line running from Nicola Substation near Merritt to the Westbank Substation in West Kelowna that follows a different route than the existing line.
• A new submarine cable connecting Westbank substation to the FortisBC system on the east-side of Okanagan Lake.

The final route, timing and budget will be determined after consultation with the public and First Nations, set to begin this spring.

West Kelowna is currently powered by an existing 138-kV transmission line that runs from the Nicola Substation near Merritt to the Westbank Substation in West Kelowna. It travels 80 km through remote, heavily forested terrain where the wildfire risk is high.