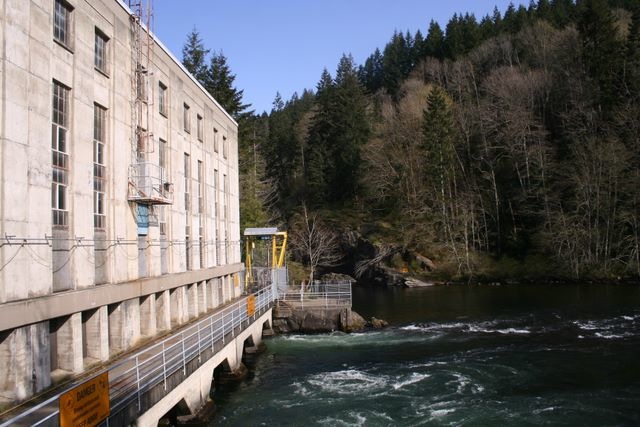 July 21, 2014 – Last week saw the official kick-off of the $1-billion upgrade of the John Hart Generating Station Replacement project which, according to British Columbia’s government, is the largest infrastructure project undertaken by BC Hydro since the 1980s, and will take five years to complete.

Key reasons for the project include:

• Safety: the existing generating station and wood-stave penstocks that carry water to the powerhouse may not withstand a low to moderate earthquake.
• Reliability: the six generating units are in poor condition, and their capacity is declining. Two units have been in service since 1947, two since 1949 and two since 1953.
• Environment: should the generating station shut down and reduce the flow of the river, there would be impacts to fish habitat downstream.

Construction will peak at about 360 jobs in 2016. Preparatory work started in the spring of 2013 and included road, parking lot and trail realignment, and investigative drilling. This month, construction crews are beginning to remove trees and excavate the site to get it ready for tunnelling in the fall for new underground penstocks that will lead to a new generating station.

BC Hydro will continue to operate the existing generating station during construction. Through a procurement process, InPower BC won the contract to design and build the John Hart project, and has been working with BC Hydro since November 2013.