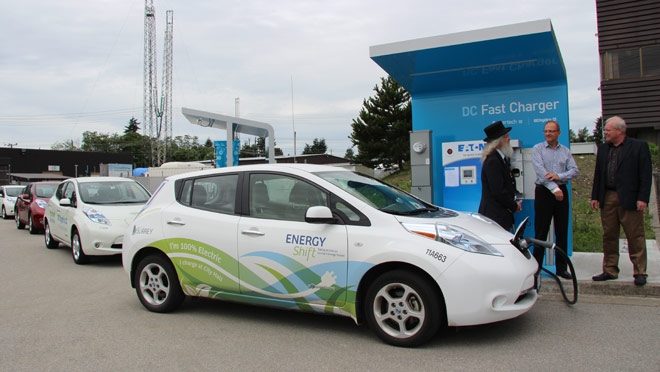 July 9, 2013 – Powertech, a subsidiary of BC Hydro, says it has opened the province’s first fast charging electric vehicle (EV) charging station. Located at Powertech’s Tech Park facility in Surrey, the unit charges an electric vehicle in about 30 minutes.

The facility, which is close to the U.S. border and major highways, also includes four Level 2 charging stations that can charge an electric vehicle in four hours.

“As more of these fast charging stations open throughout B.C., electric vehicle drivers will have the confidence to travel between communities without worrying about lengthy wait times to charge their cars,” said Charles Reid, president and CEO of BC Hydro.

With more than 90% clean electricity generation in B.C., the use of electric vehicles has the potential to significantly reduce greenhouse gas emissions from the transportation sector, said the utility.

Powertech is a research facility that provides specialized engineering services in the areas of clean energy, independent testing and power system solutions. As a working test lab, the Tech Park allows for observation of the interaction between electric vehicles and the power grid.

According to BC Hydro, the charging stations at the Tech Park are part of an expanding electrical infrastructure network that will see 30 DC fast chargers installed in B.C.