Business News
B.C. offers $5,000 towards the purchase of an electric vehicle 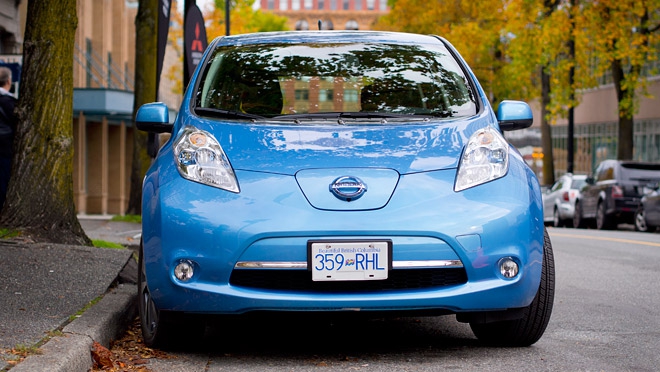 March 24, 2015 – If it’s time for a new car and you live in British Columbia, you might want to consider a clean energy vehicle.

The Clean Energy Vehicle for BC incentive program (CEVforBC) is worth $5,000 towards a plug-in vehicle and $6,000 towards a hydrogen fuel cell vehicle.

The incentive, which will be administered by the New Car Dealers Association of BC, becomes available on April 1. Bill Bennett, B.C.’s minister of Energy and Mines, made the announcement at a press conference in Vancouver on Monday, March 23.

The province says it has set aside more than $10 million over the next three years for the program, including $7.5 million for people buying a new clean energy vehicle.

Three types of clean energy vehicles qualify for the program:

While the specific models of vehicle that qualify for the CEVforBC program have not yet been listed, more than nine automobile manufacturers currently have EVs being sold in B.C. today.

PHOTO: The Nissan LEAF is among at least nine electric vehicles available for sale in B.C. (Photo BC Hydro.)