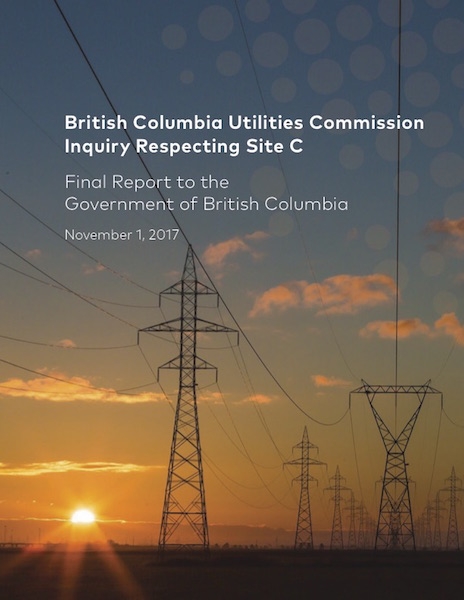 November 1, 2017 – The British Columbia Utilities Commission has completed its inquiry examining the impact on BC Hydro ratepayers associated with continuing, suspending or terminating the Site C project, and it is “not persuaded Site C will remain on schedule for a November 2024 in-service date” and believes “completion costs may be in excess of $10 billion.”

Despite the length of the report (about 300 pages), Rieghardt van Enter, BC regional director for the Progressive Contractors Association (PCA) of Canada, feels “The report lacks the clarity that workers, their employers, the investment community and taxpayers have been waiting for.”

“If anything, the report raises further concerns about the value of this regulatory review,” added van Enter.

Site C will be a third dam and generating station on the Peace River in northeast B.C. The project will provide 1100 MW of capacity and about 5100 GWh of energy annually.

BCUC is not persuaded Site C will remain on schedule for a November 2024 in-service date. The panel also finds the project is not within the proposed budget of $8.335 billion. Currently, completion costs may be in excess of $10 billion.

The panel finds the least attractive of the three scenarios is to suspend and restart the project in 2024. The suspension and restart scenario adds at least an estimated $3.6 billion to final costs and is, by far, the most expensive of the three scenarios. In addition, the panel considers it the most risky scenario because, among other things, environmental permits will expire and that will require new applications and approvals.

The panel finds the Site C termination and remediation costs to be about $1.8 billion, in addition to the costs of finding alternative energy sources to meet demand.

Regarding future energy needs, the panel finds BC Hydro’s mid-load forecast to be excessively optimistic and considers it more appropriate to use the low-load forecast in answering the questions set out in the Inquiry. In addition, the panel is of the view there are risks that could result in demand being less than the low case.

The panel believes increasingly viable alternative energy sources such as wind, geothermal and industrial curtailment could provide similar benefits to ratepayers as the Site C project, with an equal or lower Unit Energy Cost.

Neither completing Site C nor implementing a portfolio of alternative energy sources is without risk. The panel reviews the risks of each approach in the report.

“With billions already invested in Site C, stopping now would be the most damaging option possible for taxpayers,” added van Enter. “We’re urging the BC government to make the right decision on behalf of workers, their communities and all British Columbians by completing the project.”

The report and executive summary are available below as downloadable PDFs, and on the BCUC Site C Inquiry website.