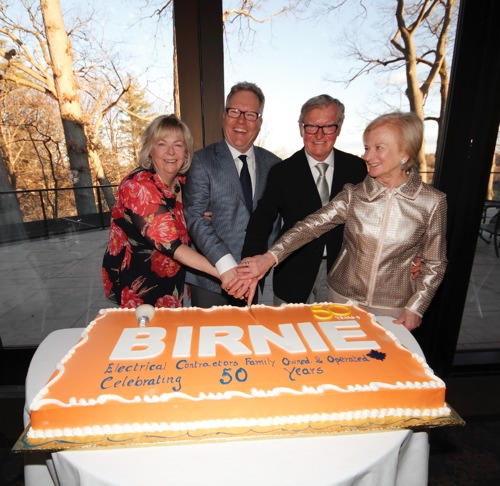 May 1, 2017 – Birnie Electric is celebrating 50 years of business and the Mississauga company celebrated the milestone by giving back to the community.

On April 1, 2017, Birnie Electric hosted a gala at the Credit Valley Golf and Country Club in Mississauga to commemorate their anniversary and raise funds for the SickKids Burn Program through silent auctions.

More than 200 people attended the event that helped raise a total of $20,400 for the SickKids Burn Program, including a matching donation from the company.

Birnie Electric was founded on April 1,1967, by Peter Birnie and started as a two-person operation working out of a small office, the company says.

“It’s been a long road from putting alarm bells into Mac’s Milk stores and then getting to the stage where we’re an integral part of building an LRT system in Toronto,” Peter says.

Tim Birnie officially took over the family business in 2001.

“These next 50 years will be so exciting for all of us… I know that the Birnie name is one with a solid reputation that brings customers back year after year,” Tim says.