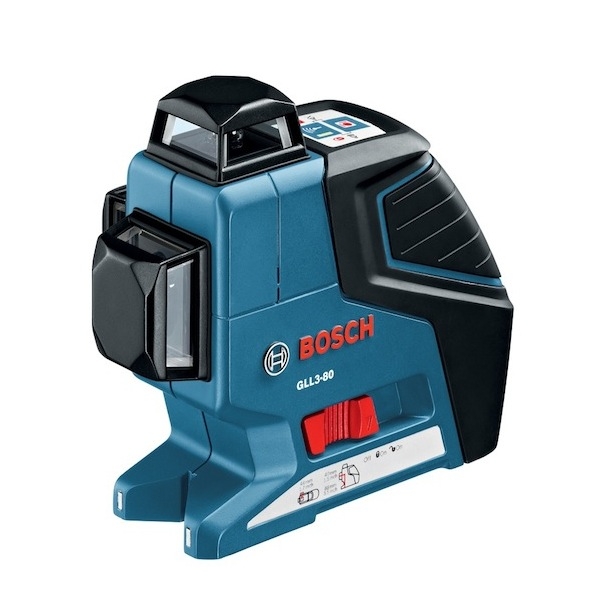 Building on its GLL2-80 360-degree line laser, Bosch introduces the GLL3-80 3-plane hybrid line laser, which utilizes an additional laser diode to deliver full 360-degree coverage on two perpendicular vertical planes and one horizontal plane. By providing five cross points and self-levelling lines in 360 degrees, Bosch says the GLL3-80 makes layout, levelling and squaring simple. Because the GLL3-80 projects in three axis planes simultaneously, and the tool can be quickly switched between triple axis-plane (vertical-only and horizontal-only modes), the user can complete an entire room from a single setup point. The GLL3-80 can be mounted in multiple ways for added versatility. The base of the unit is designed to enable either freestanding operation or magnetic attachment to metal tracking. The unit can also be mounted to a standard tripod. For bright light conditions and/or long distance (up to 265 feet) applications, the GLL3-80 can be used in pulse laser receiver mode in conjunction with the optional LR2 laser receiver.