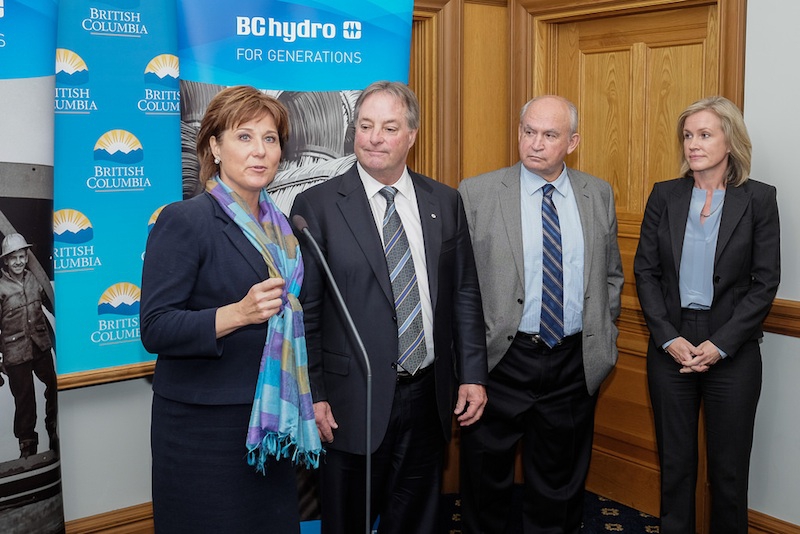 October 1, 2015 – Brad Bennett has been appointed chair of the BC Hydro board of directors, BC Premier Christy Clark announced recently. Bennett replaces outgoing chair Stephen Bellringer, whose term expired on Sept. 30, 2015.

“Brad Bennett’s longstanding passion for reliable, affordable electricity‎ has served the BC Hydro board—and all British Columbians—well for three years. He’ll bring that same dedication, business experience, and acumen to his new role,” said Clark. “It will take someone of Brad’s ability to follow Stephen Bellringer, who has guided BC Hydro through an unparalleled period of renewal, including the approval of the Site C Clean Energy Project, the largest infrastructure project in the history of our province.”

Bennett is president of McIntosh Properties Ltd, a real estate and private equity investment company. In addition to the BC Hydro board he has served on a number of public and private company boards and his previous public service positions include chair of the University of British Columbia, chair of Okanagan University College (now Okanagan College), and chair of the Kelowna General Hospital Foundation, according to the province.

Bellringer served as BC Hydro chair since November 2012.