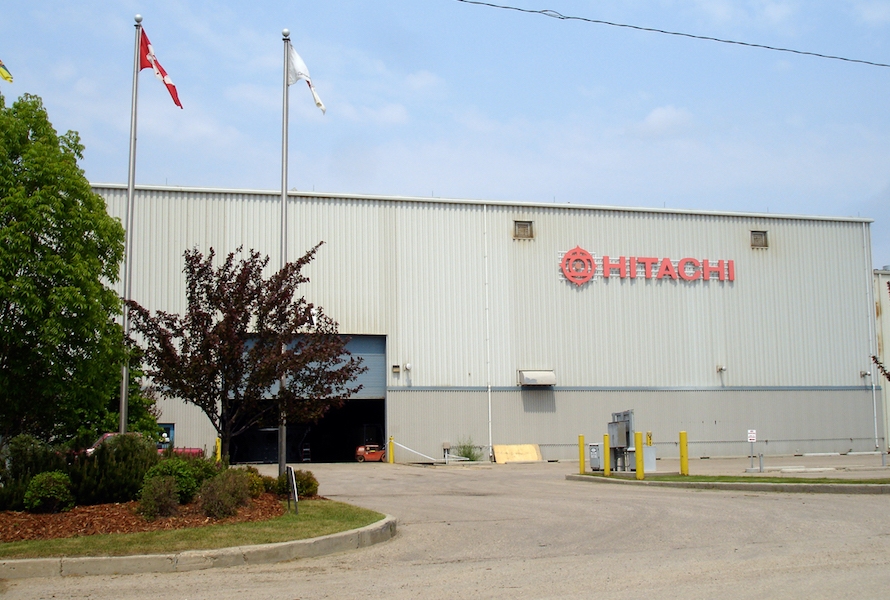 March 24, 2017 – “We realized that it was critically important for us to move quickly,” said Shaun Semple, president of Brandt Group, of the decision to enter into a binding agreement for the former Mitsubishi Hitachi Power Systems Canada Ltd. (MHPSC) facility in Saskatoon.

“When we learned that the Hitachi assets were going be broken up and sold off in spring, we had to act fast or the province would lose a world-class facility and the ability to produce large-scale green energy products,” added Semple.

Located in the city’s Hudson Bay Industrial area, the entire 22-acre parcel—along with its 208,000-sf manufacturing facility and all of its specialized equipment—will make the transition to local ownership (for an undisclosed sum).

“It is our plan to reintroduce green energy technologies such as wind turbines to assist SaskPower with its mandate to diversify beyond traditional fossil fuels,” Semple added. “We will be sitting down with the provincial government, the City of Saskatoon and SaskPower to see what can be done to save this valuable asset.”

“Except for Brandt’s new Engineering Centre currently under construction, we have temporarily suspended our other expansion plans in Regina until our manufacturing future planning is complete, and a number of development issues are worked out,” Semple said.

The expected closing date for the Saskatoon deal is April 10, 2017. “But, we’re just getting started; there is a lot of work still to be done to guarantee a successful outcome.”

Brandt says nearly 400 workers have been out of work as a result of the plant’s decline and final closure in October 2016.

The binding agreement is with U.S.-based industrial liquidator Prestige Equipment and financial services company Hilco Global. According to Brandt, it is believed Hitachi invested hundreds of millions of dollars into the gas turbine and wind generation equipment manufacturing facility since its construction in 1988. The plant features the largest machining and fabrication equipment in Canada, Brandt adds, and has produced power generation equipment for customers around the world, including SaskPower.