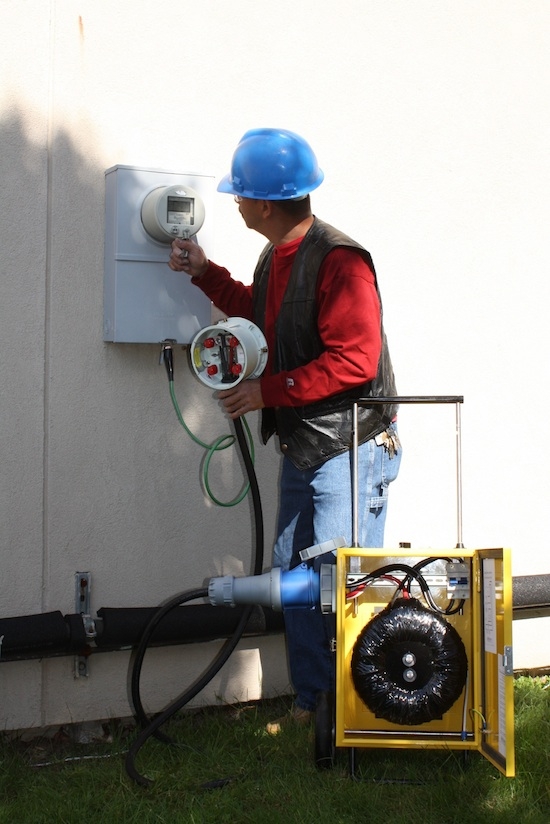 February 2, 2012 – Bridgeport Magnetics Group has developed the PhazeSaver Model PS15000, a transportable 15,000VA transformer to restore 240VAC power from a single phase 120VAC and a good neutral source. It can also provide 120V power from a service without a neutral but with two good phases. The PhazeSaver works with both overhead 120VAC/240VAC and underground 120VAC/208VAC systems, and restores power when partial service is lost until permanent repairs can be completed. Two units in parallel allow loads up to 30KVA. All electrical connections are enclosed and secured behind a hinged door with tamper proof key lock.