“The conversation is ongoing, and we want to hear from you.” 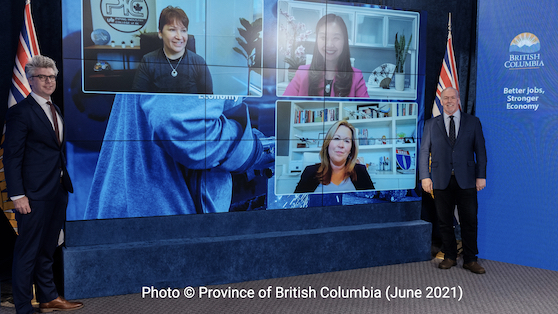 June 21, 2021 – British Columbia is launching a certification system to support “higher-paying, more stable work for trades workers, and to help build the foundation of a strong economic recovery”.

“This is a ‘Made-in-B.C.’ solution to ensure confidence that a highly skilled workforce is behind our recovery while providing good, family-supporting jobs that tradespeople can count on,” said Premier John Horgan.

According to B.C., every other province in Canada requires tradespeople to be certified, whereas B.C. removed that requirement in 2003. However, without a recognized credential, “it can be challenging for workers to transition between projects and industries, resulting in lost wages for workers and their families”.

“Similar to a post-secondary degree, a certified trades worker has a certification that is recognized by employers […],” said Anne Kang, Minister of Advanced Education and Skills Training. “By recognizing the worker’s skill, we will attract more people into careers in the trades in order to help address labour shortages across a variety of trades.”

Based on recommendations from a 16-member stakeholder advisory working group, the initial Electrical trades designated for certification are:

Once implemented, individuals in the initial 10 trades will be required to either be a certified journeyperson or a registered apprentice to work. The province will also introduce journeyperson to apprentice ratios for each of these 10 trades.

• identifying and creating implementation supports for employers during economic recovery; and

• creating multiple pathways to completion for all workers, so no one is left behind.

“That’s why we want to hear from current tradespeople, those interested in starting their careers and employers on how we can implement a new skilled trades certification system that meets the needs of people and economy today, with a support system that makes sense for both workers and employers,” said Andrew Mercier, Parliamentary Secretary for Skills Training. “The conversation is ongoing, and we want to hear from you.”

Once a trade has been designated for certification, individuals will have at least one year to either register as apprentices or challenge an exam to certify as a journeyperson, allowing uncertified workers to continue working while accessing any additional supports they may need to.