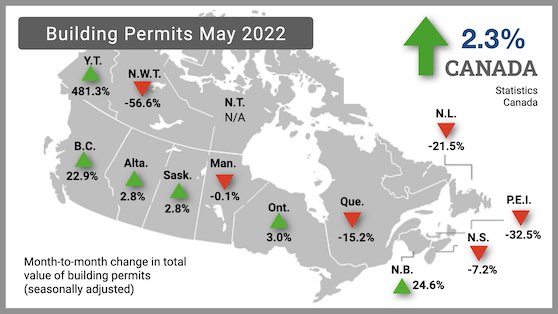 The total value of non-residential sector permits increased 7.0% to $4.3 billion in May. Gains in the commercial and institutional sectors outweighed losses in the industrial component, which declined 6.1%. 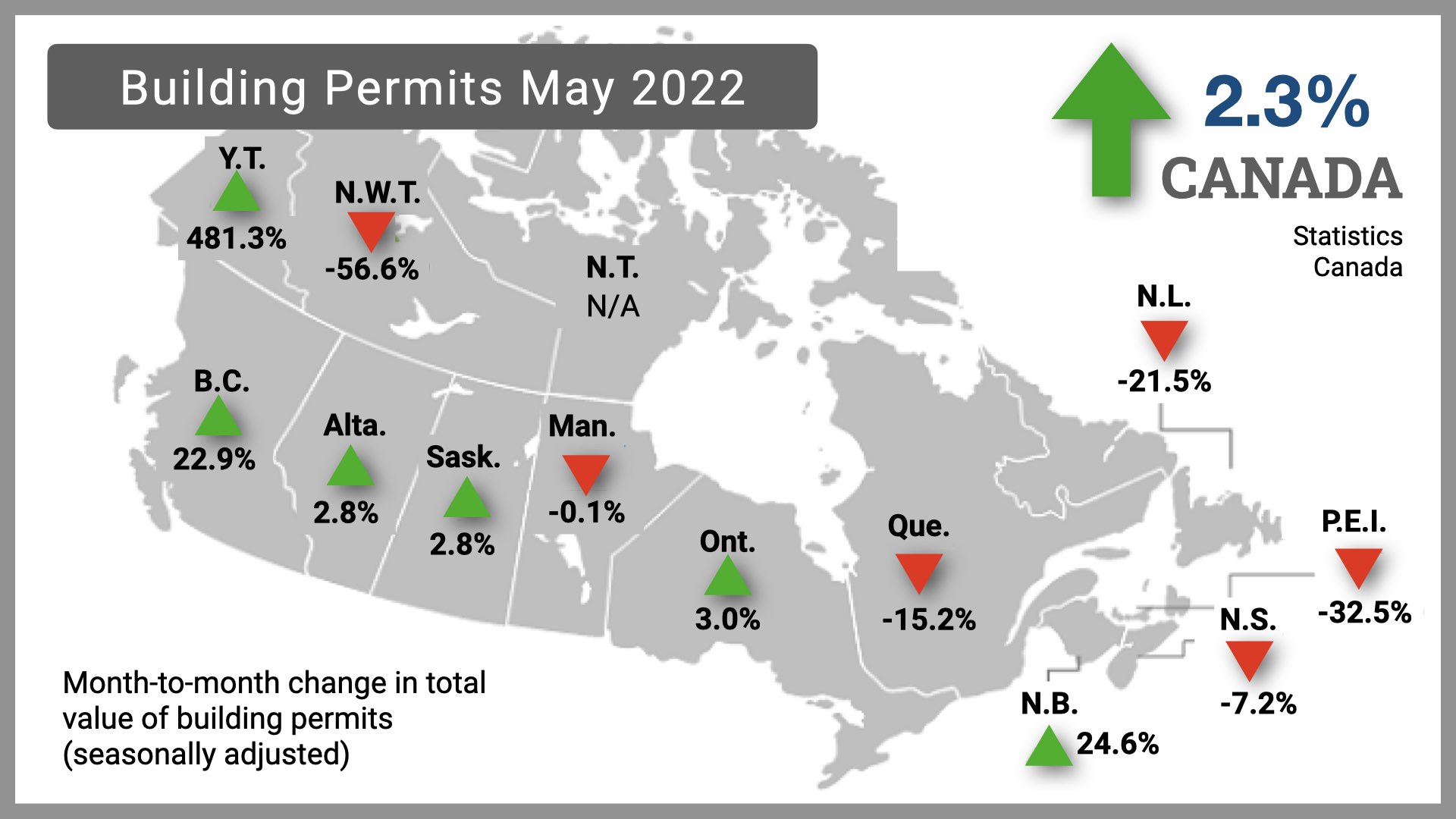 Commercial permit values increased sharply by 15.6% in May, driven by British Columbia with an overall increase of 73.8% for the month.

Construction intentions in the institutional component rose 4.3% in May. Gains were again led by British Columbia (+54.9%), reflecting an $82-million permit for a hospital in Fort St. James.

New Brunswick also saw notable gains, due to permits for a police station and a school in Moncton. Conversely, gains were largely countered by decreases in Quebec (-20.2%) and Ontario (-8.1%).

The residential sector edged down 0.1% to $7.8 billion in May. Increases in Ontario and British Columbia were offset by losses in seven other provinces.

Construction intentions in the multi-family component decreased 5.9% in May, with Quebec returning to “more normal levels”. Conversely, British Columbia saw a 10.1% increase, in part due to a $112-million permit for a condo building in Surrey.

Single-family homes have continued their comeback since the pandemic downturn and secular decline, increasing 7.0% in total value nationally this month.

Overall, the number of new units created decreased 3.4% compared with April. The decline in the multi-family component (-6.4%) was partially offset by the increase in the single-family home component (+5.4%).