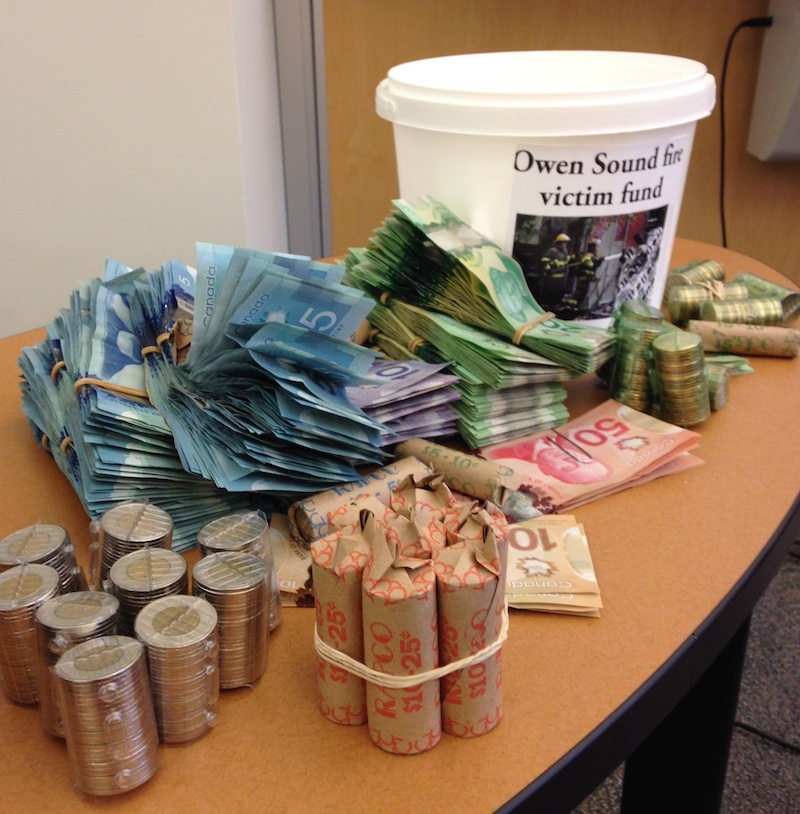 August 19, 2015 – Bruce Power employees have stepped up to help the families left homeless from recent fires in Owen Sound, Ont.

Earlier this week, a fundraising drive on site at Bruce Power raised over $14,000 for the United Way of Bruce Grey’s Owen Sound Fire Victims Fund, which will assist the 15 families who lost their homes during a string of early-morning fires on Aug. 10, 2015. The company also donated $12,000, while President and CEO Duncan Hawthorne made a personal donation of $10,000 to the fund.

“The generosity of our employees never ceases to amaze me,” Hawthorne said. “Before we even began planning this fundraiser, I received numerous messages from staff encouraging us to hold this collection for the fire victims in Owen Sound. People simply could not wait to help these members of our community in their time of need.”

The Owen Sound Fire Victims Fund is providing food, shelter and clothing to the families impacted by numerous fires. Bruce Power’s donation pushes the total raised for the fund to over $200,000, the United Way said.