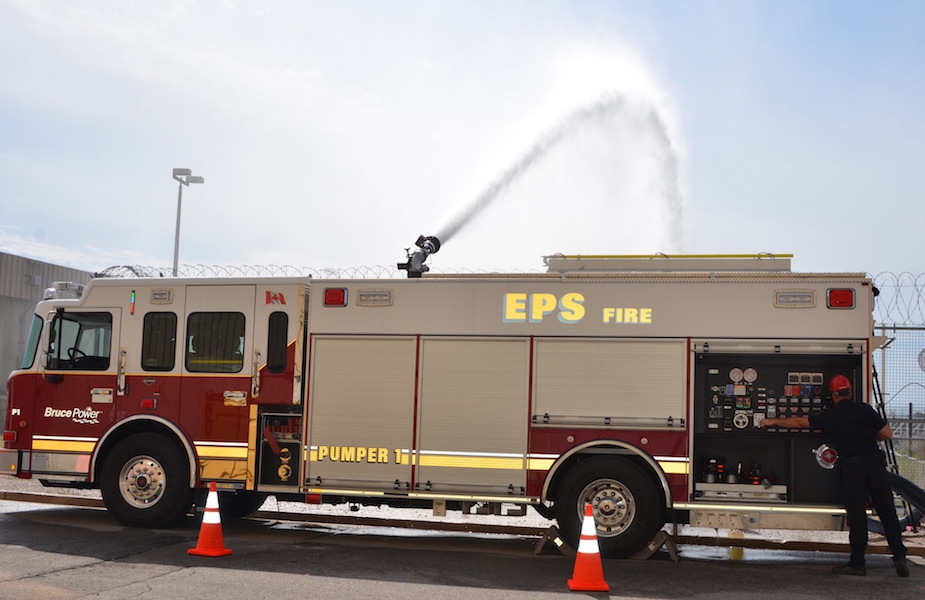 March 10, 2016 – Tomorrow, March 11, marks the 5th anniversary of the earthquake and tsunami that damaged the Fukushima Daiichi nuclear facility, and Bruce Power says Canada’s nuclear operators recognized the importance of building on lessons from this event—despite the significant differences within the Canadian context—to make nuclear facilities safer and strong.

“In addition, it was important to reassure the public about the high levels of safety at Canada’s nuclear plants,” adds the generator.

Though the CANDU reactors used on the Bruce site are a fundamentally different design than those in Japan, says Bruce Power, the Canadian nuclear industry immediately began reviewing its emergency protocols following Fukushima, availability and robustness of equipment back-ups, and the abilities of its emergency services organizations.

In the five years since Fukushima, Bruce says it has made continuous improvements on its site, including:

• Purchasing nine back-up generators that are stored offsite, on high, dry ground. They can be deployed to either station and be operational within 30 minutes in the unlikely situation that the two layers of safety systems built into the station design were to fail.

• Building an Emergency Management Centre at the Visitors’ Centre that will act as the control room for any emergency situation, and allows for a “clear and efficient chain of command”. Bruce has also implemented the Incident Management System for emergency response, bringing them in line with emergency response organizations.

• Providing potassium iodine (KI) tablets to all residents within a 10 km radius in the unlikely event of a nuclear emergency.

• Receiving Canada’s first emergency test broadcasting license for portable AM units, which will make “communicating during an emergency more effective than ever before”. Bruce has also collaborated with the Municipality of Kincardine to deploy ALERT FM radios in all homes within a 10-km radius of the site. The ALERT FM receiver is linked to the Emergency Alert Ready System and will broadcast all Threat to Life Alerts with an audible alert and text message within seconds.

• Continuous training to ensure its emergency response organization is prepared for a crisis caused by a natural disaster or nuclear emergency. This includes training on payloaders and tractors, which may be required to move debris from roads or deploy back-up generators across site.

Bruce Power’s site in Tiverton, Ont., is home to eight CANDU reactors, and is the source of roughly 30% of Ontario’s electricity.