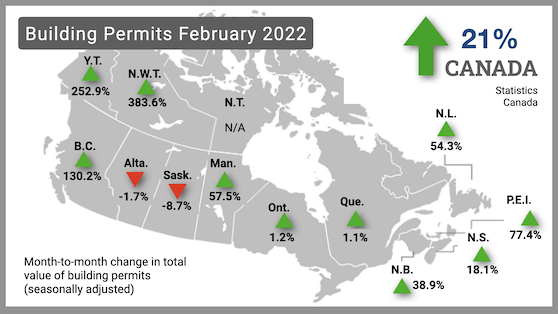 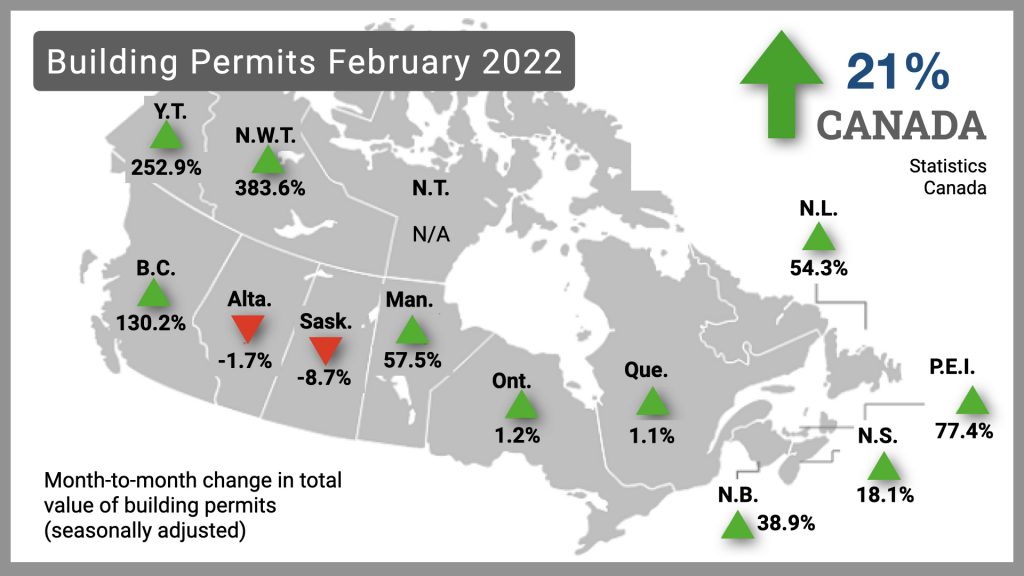 Construction intentions in February for the residential sector rose to $7.5 billion at the national level, with nine provinces reporting gains.

Gains in multi-family permit values in British Columbia (+57.9%) reversed January’s decline and contributed to the 18.5% increase at the national level, along with the gains in seven other provinces.

The total value of non-residential building permits surged to $4.9 billion in February, largely reflecting large hospital permits in British Columbia and Quebec worth a combined $1.9 billion.