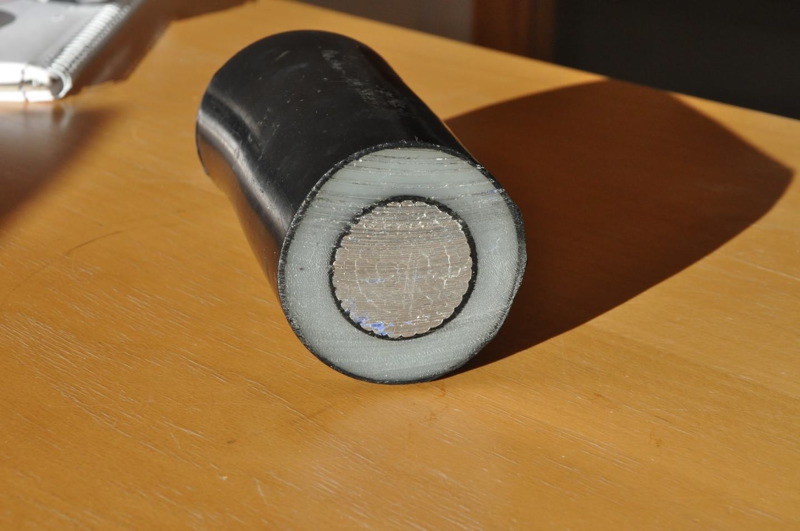 January 31, 2015 – Researchers at Chalmers University of Technology have discovered that the insulation plastic used in high-voltage cables can withstand a 26% higher voltage when nanometer-sized carbon balls are added, and say this could result in efficiency gains in power grids of the future.

“Reducing energy losses during electric power transmission is one of the most important factors for the energy systems of the future,” said Chalmers researcher Christian Muller who, together with colleagues from Chalmers and the company Borealis, has found a method for reducing energy losses in alternating current cables.

The researchers have shown that different variants of the C60 carbon ball—a nanomaterial in the fullerene molecular group—provide protection against breakdown of the insulation plastic used in high-voltage cables. It is sufficient to add very small amounts of fullerene to the insulation plastic for it to withstand a voltage that is 26% higher without the material breaking down.

“Being able to increase the voltage to this extent would result in enormous efficiency gains in power transmission all over the world,” added Muller. “A major issue in the industry is how transmission efficiency can be improved without making the power cables thicker, since they are already very heavy and difficult to handle.”

— With files from Johanna Wilde