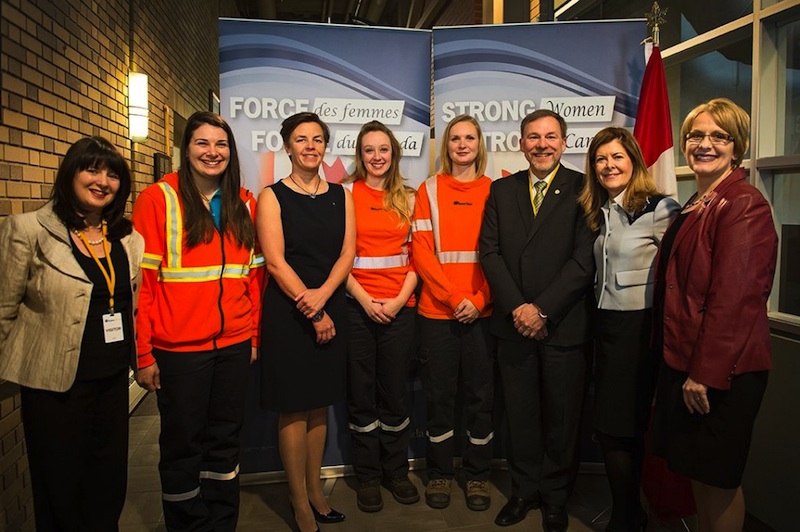 October 30, 2015 – A new program from Electricity Human Resources Canada (EHRC), with the partnership of organizations in the electricity and renewable sector and Status of Women Canada, seeks to support women at different stages in their electrical career.

The Connected Women mentorship program is targeted at women currently working in trade and non-traditional jobs in the electricity sector, and those studying in the trades and technical or engineering programs, about to enter the sector.

EHRC is looking for mentors (both male and female) to participate in the pilot program, which will start in late November 2015.

• You have worked in the energy sector for at least four years,
• You can commit to at least two hours a month for six months. Mentor/Mentee meetings may take place face-to-face, over the phone or via Skype, depending on location and the preference of the mentor,
• Preferably you have experience working in/or supervising staff in the trades or technical positions, but other applicants with a range of experience in the industry will also be considered.

Mentees for the pilot will come from women already working in the industry and graduates of Algonquin College’s Women into Electrical Engineering Technology program (WEET).

Following the completion of this six-month pilot, EHRC says it will make adjustments based on an evaluation and officially launch the program in 2016.

EHRC says there is a need to engage more women into the Canadian electricity workforce as impending retirements of an aging workforce is a critical issue for the sector. Women represent less than 25% of women in the industry overall and under 5% of women are working in the trades, the organization adds.

To learn more or to register contact Michelle Branigan at branigan@electricityhr.ca.