News
Canadian Building Trades Monument “a gift to all Canadians” 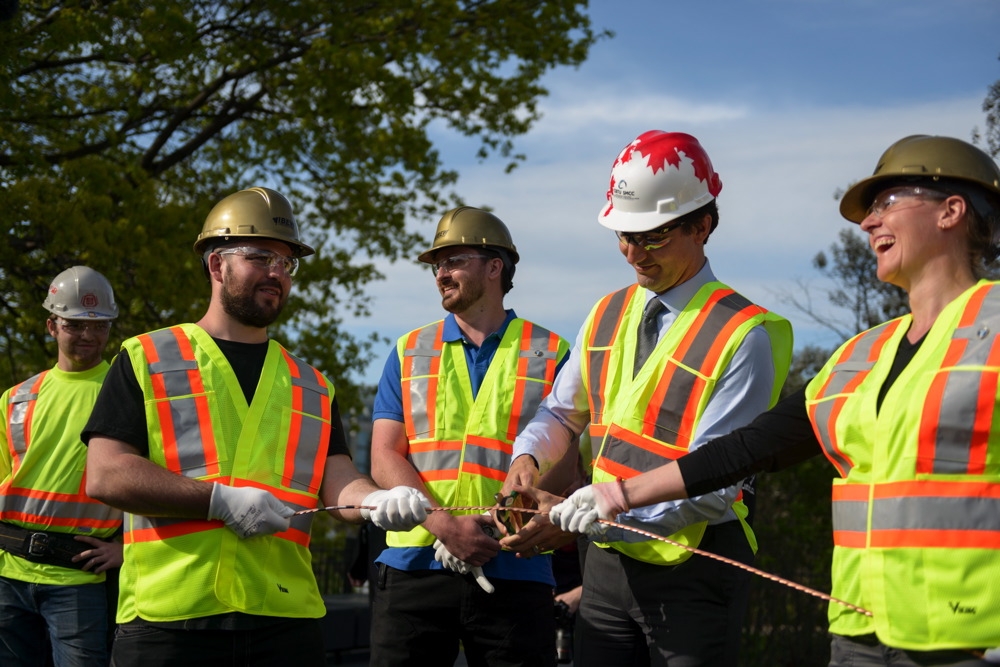 June 6, 2017 – Canada’s national monument to the men and women of the building trades—the Canadian Building Trades Monument—was finally unveiled May 16, 2017, in Major’s Hill Park, Ottawa, by Prime Minister Justin Trudeau, who accepted the monument on behalf of the people of Canada.

“CBTU is proud to offer this monument as a gift to all Canadians,” said Robert Blakely, COO, Canada’s Building Trades Unions (CBTU). “This was a long time coming; we have worked hard and long to create a national monument in Canada’s Capital that will celebrate the contributions made to society by the women and men who work in the building and construction trades, and commemorates the losses they have endured in carrying out their work.”

The monument was fabricated in Ontario with Cambrian black granite, quarried in Quebec. The most prominent feature is a pair of oversized plumb bobs, plus an additional 16 “iconic tools of the trades etched into the granite”. Each tool was chosen by one of the 14 different trade unions that sponsored the monument.

Marion Brown of Kitchener-Waterloo, Ont.—who works for IBEW Local 804—performed an original song, Standing Together, which she composed for the event.
Advertisement