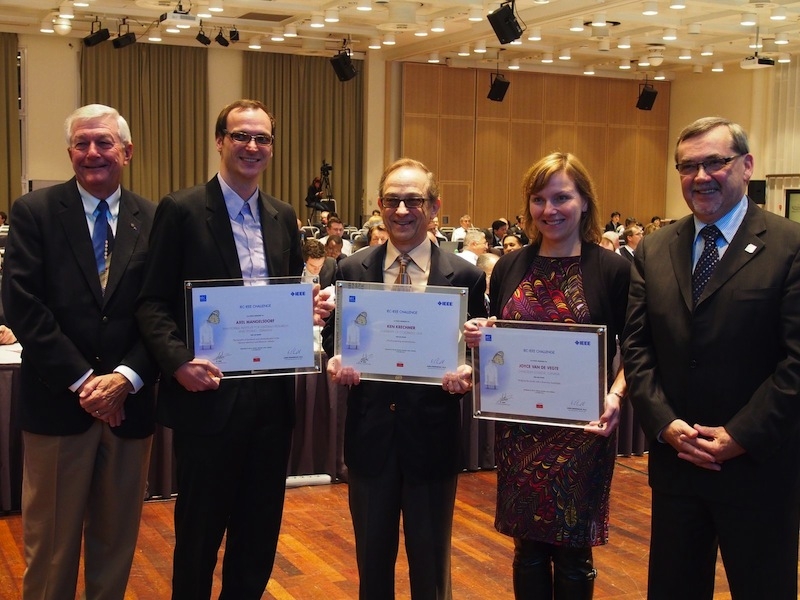 October 5, 2012 – The International Electrotechnical Commission (IEC) and IEEE today presented awards to the winners of the global IEC-IEEE Challenge, so congratulations to Joyce van de Vegte from British Columbia’s Camosun College for her paper “Bridging the divide with a three-way handshake”, which discusses how historical differences in the access to personal computers triggered a digital divide between those who benefit from the internet and those who do not. She walked away with 3rd prize, $10,000 US.

“Our two organizations have come together with the IEC-IEEE Challenge to stimulate academic debate on how electrotechnology innovation can help solve some of our global challenges,” said IEC CEO and general secretary Ronnie Amit.

The challenge was launched by the chief executives of both organizations in October 2011 at the IEC General Meeting in Melbourne, Australia. They sought publications that challenge the perception of electrotechnology with the goal of stimulating global discussion on the role technology plays in social, environmental and political development, and how universal standards influence this process.

“Our collective vision for the IEC-IEEE Challenge is to empower the technologists of today and tomorrow in pursuit of engineering excellence, and encourage the next generation to stand at the forefront of technological change to create a better future for society,” said IEEE executive director James Prendergast.