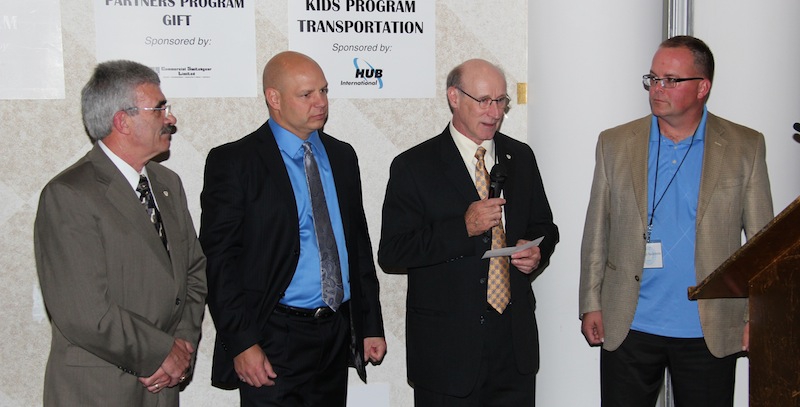 September 29, 2014 – Michael Anderson, president of the IAEI Canadian Section (Int’l Association of Electrical Inspectors) and Daniel Langlois, representative to the IAEI int’l board, presented a cheque to association brass in the amount of $5000 for the IAEI Capital Improvement Campaign.

Further, the Canadian Section has committed to a total $20,000 contribution over the next four years. The cheque was presented during the Fall 2014 meeting of the IAEI Canadian Section & Ontario Chapter in Niagara-on-the-Lake, Ont.

IAEI says its capital improvement campaign will allow it to better serve its members and industry partners, as it will ultimately result in the purchase of a new International Office edifice. This will allow IAEI to expand onsite training and more effectively host industry meetings. Equally important, says IAEI, it will enable the association to upgrade technology and increase the production of publications, implement learning delivery programs, and strengthen administrative functions.