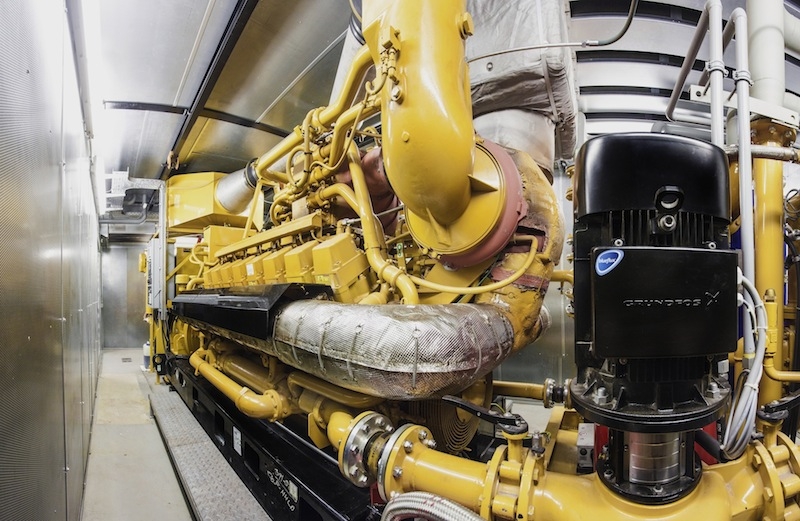 March 28, 2013 – Caterpillar Inc. has introduced a new series of Cat generator sets that promise to deliver the lowest owning and operating costs in their class. The G3516H is the first of the H-Series product line now available for operation on natural gas fuel. Currently offered at 2027kWe power output at 50Hz, the G3516H will include a similar 60Hz rating to be made available later in 2013. The new gensets can be used in industrial and commercial facilities, such as hospitals, data centres, manufacturing plants and greenhouses, as well as in distributed generation power plants by electric utilities. The G3516H offers reduced oil consumption and extended maintenance intervals. Through new product developments that include cuffed cylinder liners, updated valve stem sealing and increased valve train lubrication, the number of maintenance events has been minimized, says Caterpillar. The major overhaul period of the G3516H is 80,000 hours with an in-frame maintenance interval at 40,000 hours.